Hansueli Loosli has been elected as the new Chairman of the Board of Directors at the Pilatus Annual General Meeting. In addition, the AGM elected two further notable members: Martin P. Furrer and Mario Rossi. 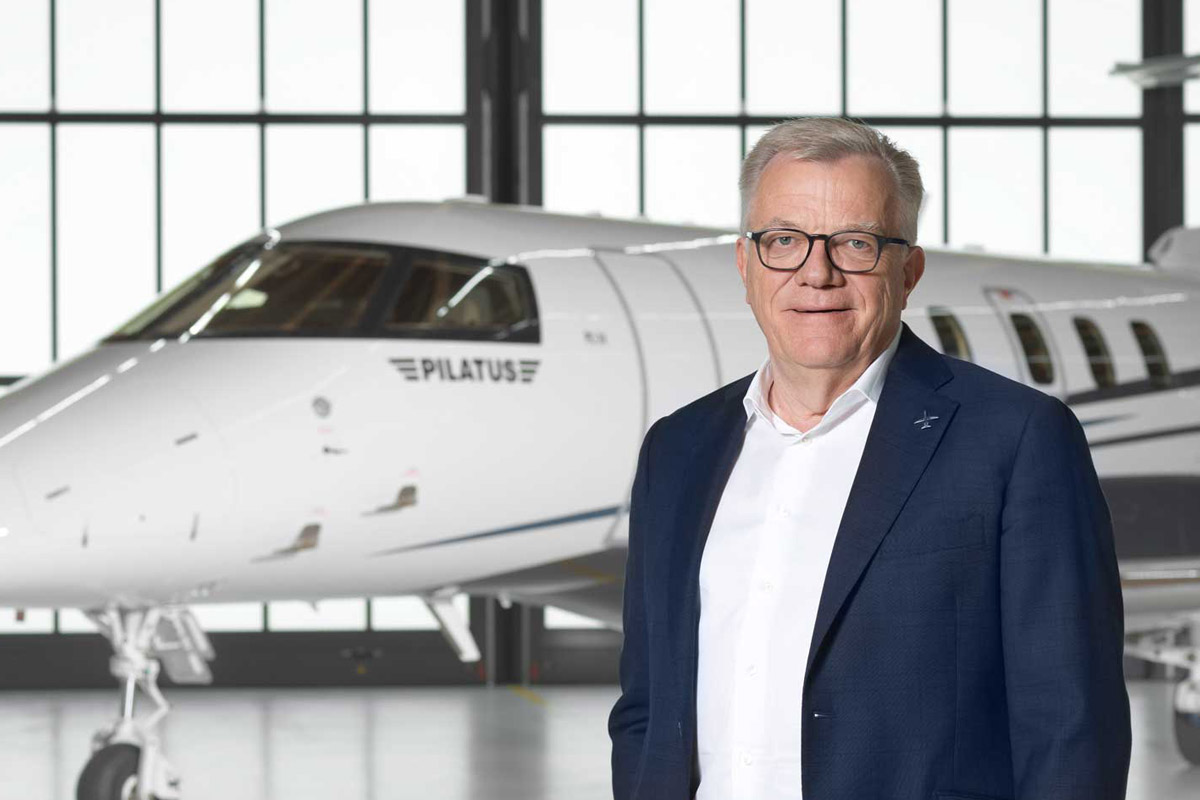 Oscar J. SchwenkAfter joining the company in 1978, Schwenk steadily worked his way up - to CEO and, ultimately, Chairman of the Board of Directors. He has played a key role in shaping Pilatus, turning the former company focused on subcontracting work into an aircraft manufacturing plant with a clear product strategy, namely to build the world’s best aircraft in its niche. He and his crew have been uncompromising and unswerving in following this vision.

Under his wing, Pilatus created icons such as the PC-12, now the world’s best-selling single-engine turboprop in its class, the market -leading PC-21 military trainer and the first ever Swiss business jet, the PC-24, with which Pilatus is currently conquering the world market.

He held the office of Chairman of the Board of Directors for over 15 years, having served as both CEO and Chairman prior to that. Although the company was in the red when Schwenk took over, Pilatus has always achieved positive year-end results under his leadership. Sales alone have doubled during this period. At the same time, Schwenk has remained steadfast in his commitment to Switzerland as a place of work and has consistently pursued this goal. Today, over 92 percent of Pilatus employees work at the Swiss site in Stans. In Switzerland, the workforce has also practically doubled over the past decade - it currently stands at over 2000 full-time employees.

Moving forward, Oscar J. Schwenk and his many years of experience will remain with Pilatus on a mandate basis. He will bring his wealth of know-how in the aviation sector to bear in supporting the company’s strategic direction in the future. At the same time, he will continue as Honorary Chairman and Chairman of the Board of Directors of subsidiary Pilatus Australia Pty Ltd, thus remaining with the company as a whole - once Pilatus, always Pilatus!

Martin P. Furrer and Mario Rossi newly elected to the Board of Directors

Besides electing the new Chairman, two additional members were also voted onto the Pilatus Board of Directors:

Martin P. Furrer, member of the Executive Board and Partner of Baker & McKenzie Zurich. The 56-year-old is one of the leading lawyers in his areas of expertise.

Mario Rossi, 60, was elected as a further member. He worked for Swisscom for over 20 years in various functions. Most recently, he was Chief Financial Officer with this Swiss telecommunications company.

Oscar J. Schwenk said of the new line-up : “I am delighted to have won Hansueli Loosli, an extremely experienced Chairman of the Board of Directors, for this most important office. The other two members are well-known business leaders too, and the know-how they bring with them make them ideal additions. Our Board members and investors will support and continue to drive forward our strategy as an independent Swiss aircraft manufacturer. Together, our goal is to strengthen Pilatus’ market leadership position even further and sustainably safeguard the 2000+ jobs at our site in Stans.”