Anyone who drives an Aston Martin will be accustomed to turning heads! All the more so when the model in question is the same as the one used in the 1964 movie “Goldfinger”, in which Sean Connery appeared behind the wheel at the Pilatus site. We went so far as to compare this superlative sportscar with our “super bird”, and identified some surprising similarities! 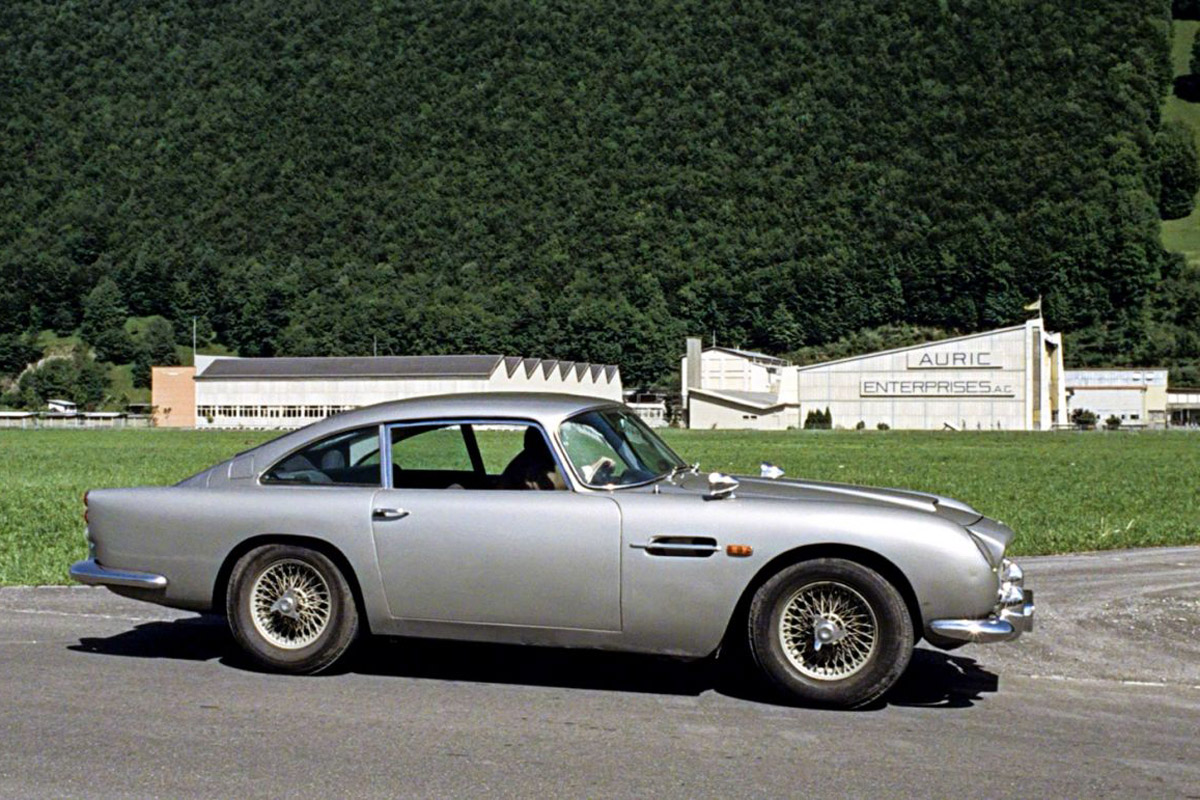 “Whatever you do, don’t touch the button!” Sitting in the passenger seat next to Steffen Appel at the wheel of his DB5, Q’s stern warning inevitably comes to mind. Despite owning a car worth millions, equipped with ejection seat – or the button at least – Steffen Appel remains firmly down to earth and very happy to answer questions from fascinated admirers. He is even kind enough to allow them to sit in the car and feel like 007 for a few moments!

Accompanied by his wife, Steffen has come all the way from Frankfurt to Stans. As he drives onto the Pilatus site, spontaneous applause breaks out amongst those who are excited to discover Bond’s stunning silver-grey supercar for the first time. Our employees skip a heartbeat due to the thrill of seeing the DB5 and Steffen Appel skips a heartbeat due to the thrill of driving past our “Goldfinger Hall 2”!

In addition to various Bond gimmicks such as the famous ejector seat button and blades on the wheel rims, the glove compartment has also been signed by some of the Bond actors. Other stars from the James Bond universe are immortalised on the inside of the lid of the boot. Appel bought the car seven years ago. “Owning a vehicle like this was one of my childhood dreams! Made in 1965, this little gem is still entirely ‘as built’ except for the paint, which has been redone”, he explains. After a long search, he finally found his DB5 in England in 2013 – an opportunity not to be missed, given that only 886 models were ever made. Today there are only a handful left. So Steffen Appel went ahead and bought the car, fulfilling a dream in doing so. And it turned out to be a good investment as its value has actually increased since then. 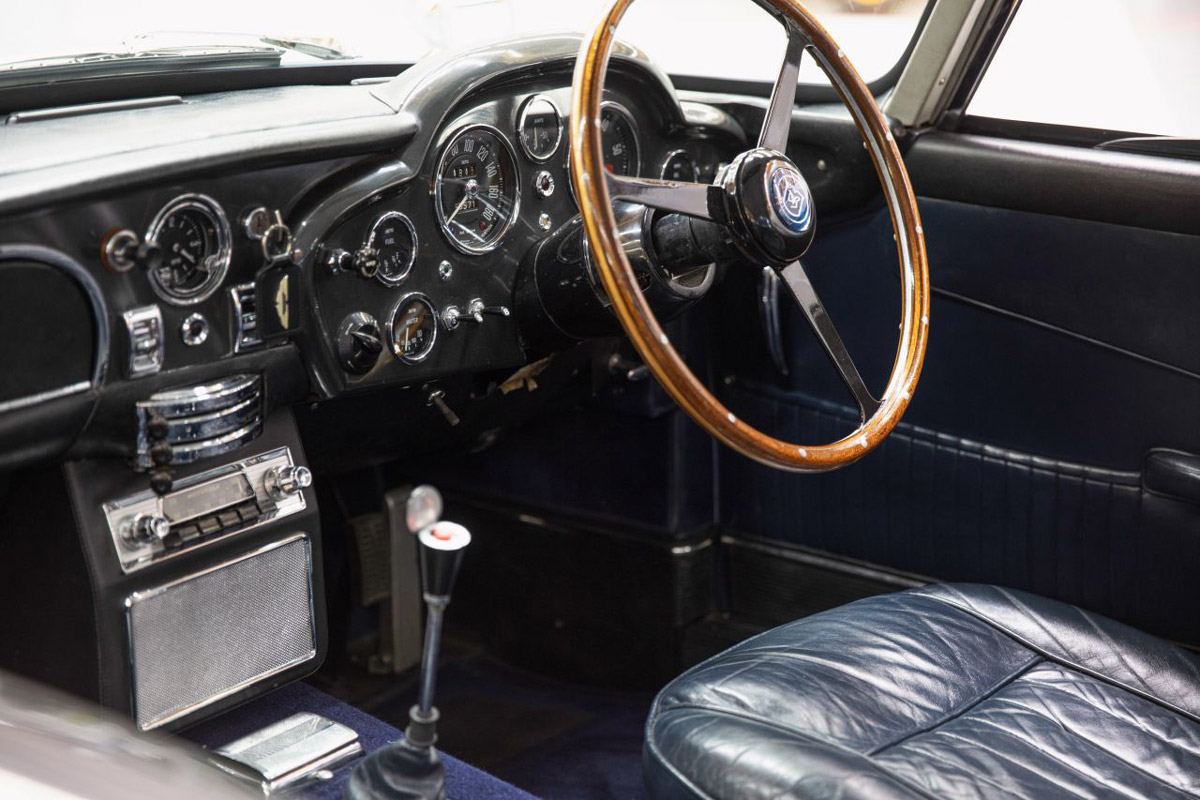 From Aston Martin to Bond

Originally fascinated by English automobiles to the exclusion of all else, Steffen Appel tells us he is now a big Bond fan, and credits his DB5 with opening his eyes to a whole new world. Quizzed about Bond on countless occasions, his own interest in the film character has grown over the years. Indeed, he has become such an enthusiastic fan that he actually applied to work as a driver on the set of “Spectre”, the latest Bond movie, to experience filming at first hand. Finding himself amongst the lucky recruits, Steffen Appel spent five weeks working on the set in Austria, driving the film crew around from morning to evening – but not with the DB5 of course! Quite a change for someone who usually manages an estate agency. “At 800 euros a week, the pay was actually very good”, he grins. 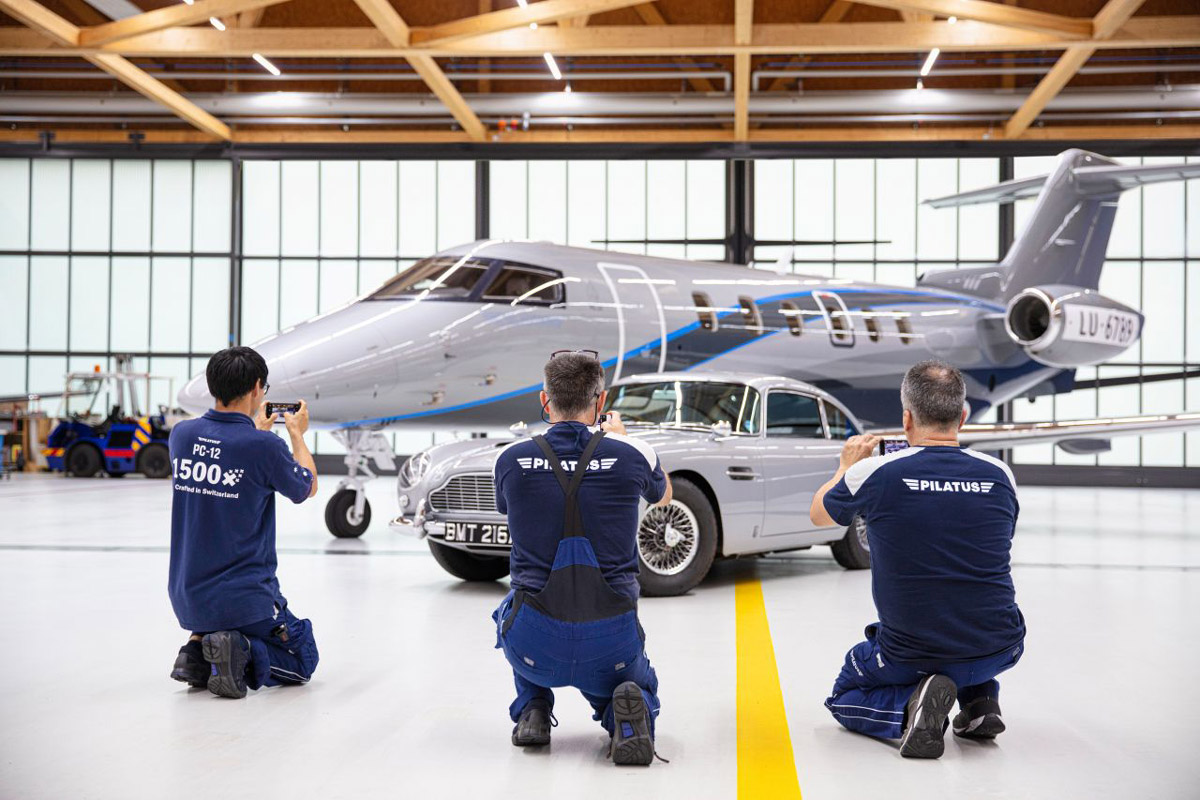