A decade ago the first prototype of the AW169 light intermediate twin-engine helicopter took to the skies for the first time at the company’s site in Cascina Costa di Samarate (Varese, Italy) piloted by Giuseppe Lo Coco and Giuseppe Afruni with the Flight Test Engineers Massimo Longo and Stefano Rognoni on board. 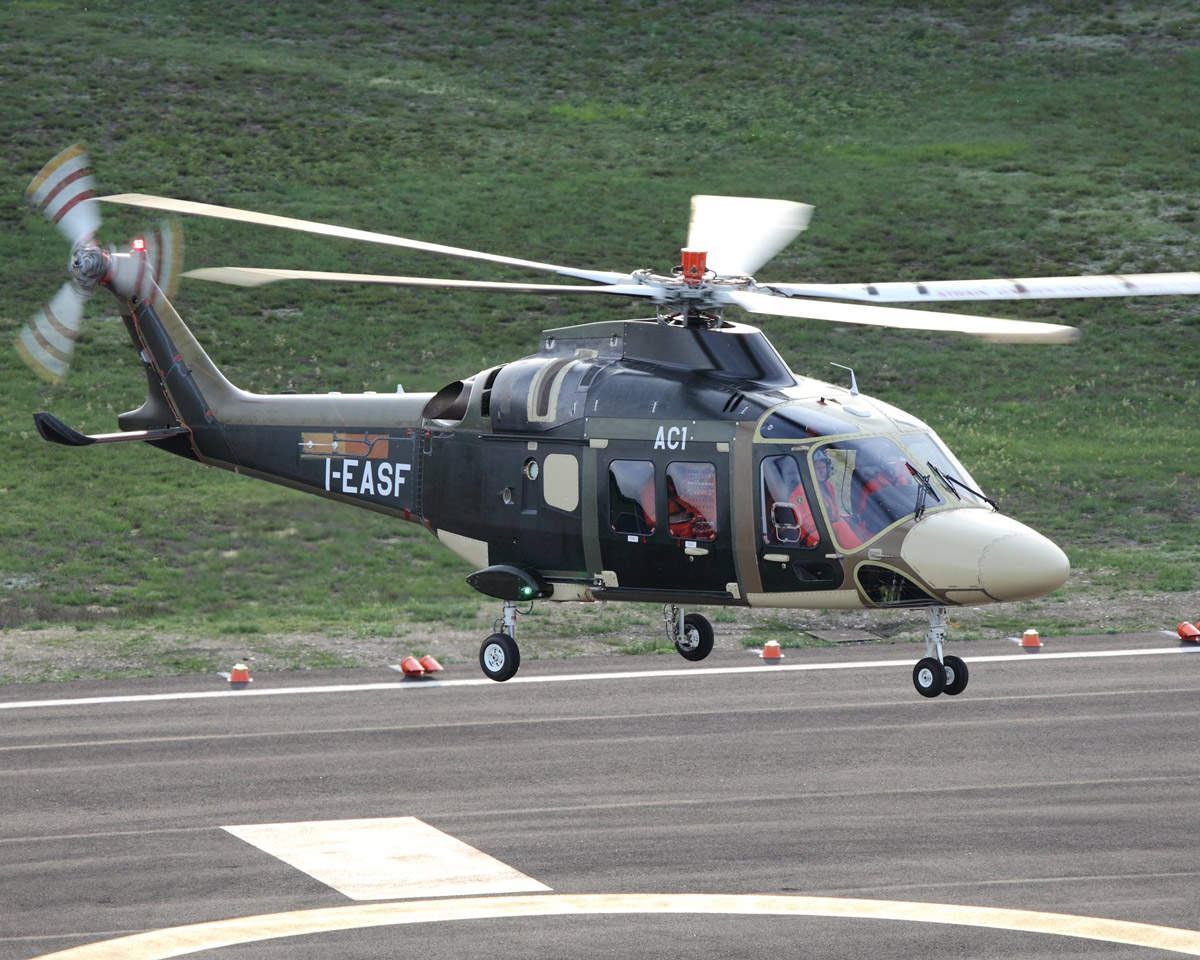 The May 10, 2012, flight marked the start of a new era for the company. The aircraft enabled expansion of the company’s modern product range by entering a new market segment. The AW169 was the first all-new product in the light-intermediate category in nearly 30 years and met the latest and most stringent operational and safety standards. With the addition of three more prototypes, the AW169 achieved EASA certification in July 2015.

Designed with the principle of maximum versatility, the type stayed true to this value over the following decade. The platform entered the market delivering outstanding capabilities and performance and acquiring many users for a wide scope of civil, parapublic and defense applications, showing high customization levels and leveraging significant growth potential.

The most recent, smaller and lighter member of the AW Family of latest generation helicopters, the AW169 provides advantages to existing and/or new users of the AW139 and/or the AW189 operating mixed fleets in terms of effectiveness and efficiency, and provides all new capabilities to operators looking for an ideal combination of light helicopter cost with higher category performance, payload, and cabin space.

From the start, the AW169 also featured several new technologies including, among others but not limited to, a touch screen capable display in the cockpit, APU (Auxiliary Power Unit) mode providing electrical and hydraulic power with rotors stopped without using the batteries, and an all-electric retractable landing gear. Also, the platform was developed with a strong customer-oriented mindset, including a range of support and training solutions since the beginning spanning from virtual to full-scale maintenance simulation, and a range of flight simulation devices up to Level D FFS – Full Flight Simulator and advanced HUMS (Health Usage Monitoring System) technology.

The introduction of the AW169 has strengthened the competitiveness and market position of Leonardo in the world helicopter market. It has expanded Leonardo’s presence in the emergency medical service market and added more operators for law enforcement, disaster relief and fire-fighting duties. It further reinforced the company’s leadership in the multi-engine VIP market providing operators with one more option fitting between the popular AW109 series and the bestselling AW139 models. It added one more solution for shorter range operations supporting the energy sector and allowed Leonardo to play a growing role in the new wind farm support field. Moreover, its dual-use design has responded to a range of government, homeland security and defence requirements in Italy and abroad for missions like surveillance, troop transport, combat operations, disaster relief and emergency response, fire-fighting, training, mountain rescue and medevac.

The continued growth of capabilities, including a maximum take-off increase up to 4.8 ton and three different undercarriage options – retractable/fix landing gear/skid – and thanks to the AW169’s true open architecture, has more recently led to the introduction of greater performance and equipment/kits for all roles, in addition to the development of highly customised aircraft (such as the Italian Army’s AW169 LUH). Certified in December 2021, the new Phase 7 core avionics software release and the performance increase packages deliver greater performance in all conditions for all applications making the AW169 the helicopter model with the best power-to- weight ratio in its class.

Nearly 300 AW169s are on order today, with more than 140 units delivered from the Vergiate final assembly line (Italy) to operators in 25 countries. The global fleet has logged in excess of 110,000 flight hours in all kind of operations and environments/weather conditions.