Daher announced the delivery of a TBM 940 to UNC Air Operations – the flight department for the UNC Hospital and the University of North Carolina (UNC) – bringing this customer’s fleet to three of the TBM-family very fast turboprop aircraft.

All three TBMs operate from the University of North Carolina’s flight department at Raleigh-Durham International Airport in Morrisville, North Carolina, and the combined fleet is expected to log approximately 1,000 hours annually. The top-of-the-line TBM 940 joins a TBM 850 that was received in February 2012, and a TBM 700C2 delivered in March 2011. 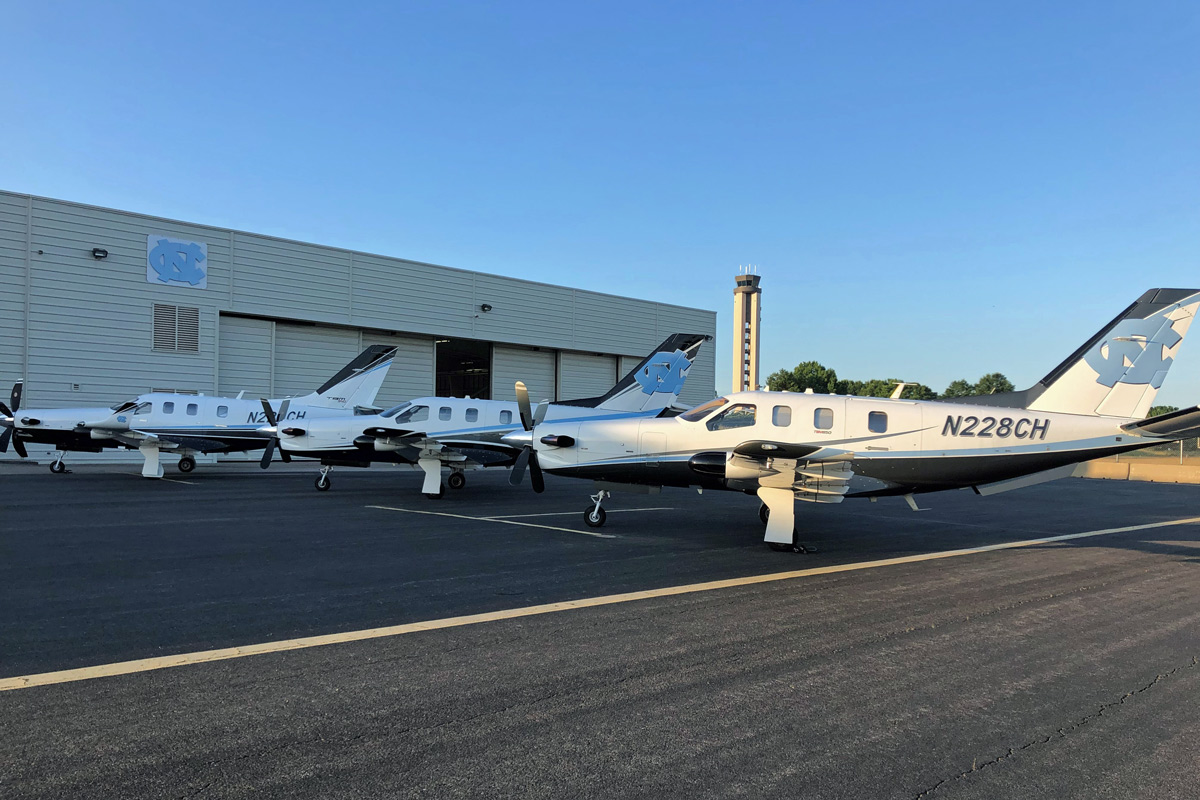 “UNC’s fleet expansion underscores this operator’s confidence in the TBM aircraft family and Daher’s support network, while also reflecting the advantages of our constant improvement strategy – which has evolved the very fast turboprop aircraft to our current TBM 940 and TBM 910 versions,” commented Nicolas Chabbert, the Senior Vice President of Daher’s Aircraft Division. “We’re proud that a highly-respected operator such as the University of North Carolina has once again chosen the TBM for a fleet that transports doctors, hospital personnel, university administrators, and coaches for its sports teams.”

UNC Air Operations was created in 1968 to assist UNC Hospital’s medical outreach to underserved areas of North Carolina. This aviation service makes it possible for the hospital’s faculty to reach very remote sites in the state on a daily basis while maintaining a full slate of professional activities. These destinations include North Carolina’s nine Area Health Education Centers (AHECs), along with community hospitals, health departments and universities.

Gordon Kramon, the Director of UNC Air Operations and a TBM pilot, explained: “When we considered the need to replace an aircraft in our fleet, the choice of the TBM was obvious.  Our passengers love the comfort of the cabin, and our pilots love the way they fly. The TBM’s reliability has been nearly flawless, and the cost of operation is easily justified when compared to alternative means of travel. The HomeSafe™ emergency autoland system, which is in the new TBM 940, is a game changer; its added safety is unprecedented. After 49 years of flying, these birds still wow me.”