FIVE, the Dubai-based Group with verticals in Real Estate, Hospitality, Investments and Philanthropy is pleased to share the news of the successful purchase of the first ACJ TwoTwenty from the Comlux Group in Switzerland.

Starting January 2022, Comlux Completion in Indianapolis will build the interior of the VIP cabin selected by FIVE, among the multiple cabin arrangements and options that the ACJ TwoTwenty offers. 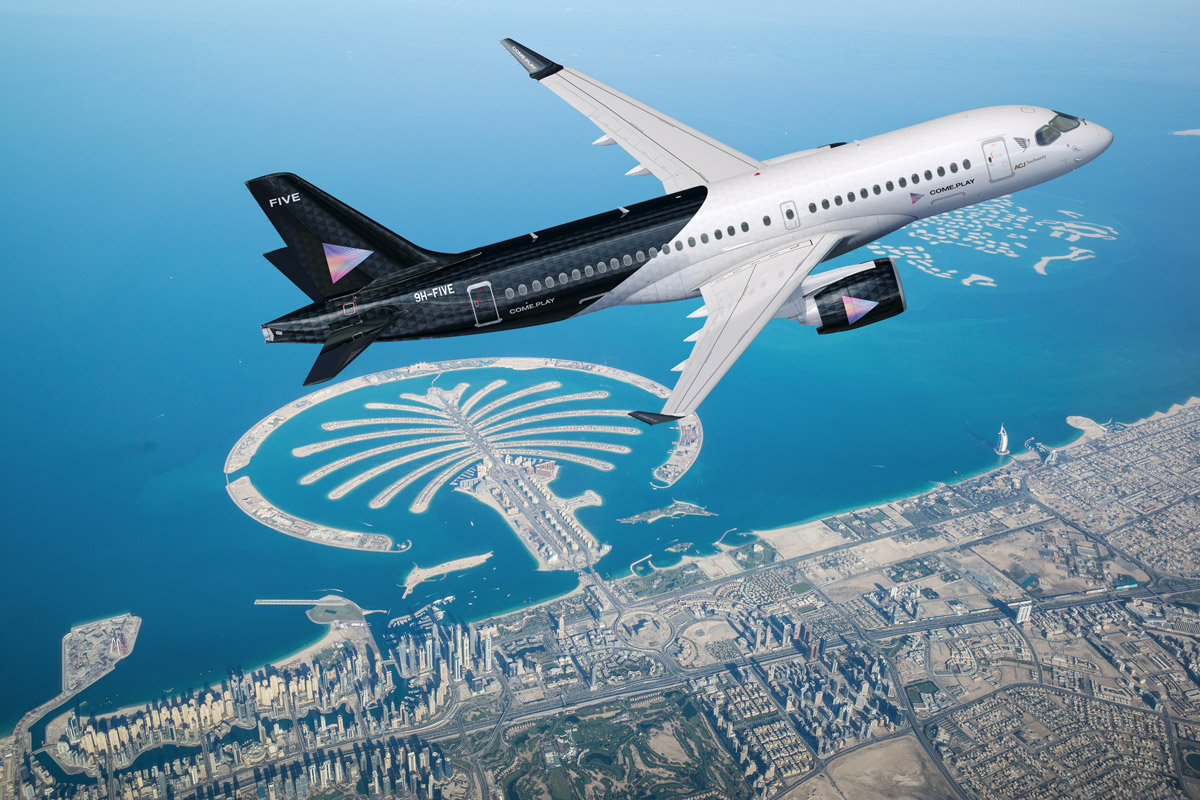 The FIVE ACJ TwoTwenty equipped with Pratt & Witney engines is a dare-to-be-different jet providing among its matchless features - 16 seats, a dining table for 8 passengers, a Master Suite with a King-sized bed and shower, electro-chromatic window shades and full LED lighting, a fully equipped kitchen, non-stop streaming high-speed connectivity and two ultra-large 55 inches screens –  and therefore provides an up-to-date infrastructure for a state-of-the-art experience that can last up to 12 hours non-stop with a full crew on board.

With the ACJ TwoTwenty, FIVE aims at providing its diverse and loyal customer base with a unique journey with FIVE Flair that blends its signature award-winning gourmet cuisine from homegrown venues such as The Penthouse, Maiden Shanghai, Cinque and Soul Street along with music from FIVE’s famed and popular in-house DJs and a world-renowned level of guest services amidst a sumptuous, tailor-made setting in the skies. This Jet will traverse the entire globe, transporting guests in enviable style with an excess of entertainment options. 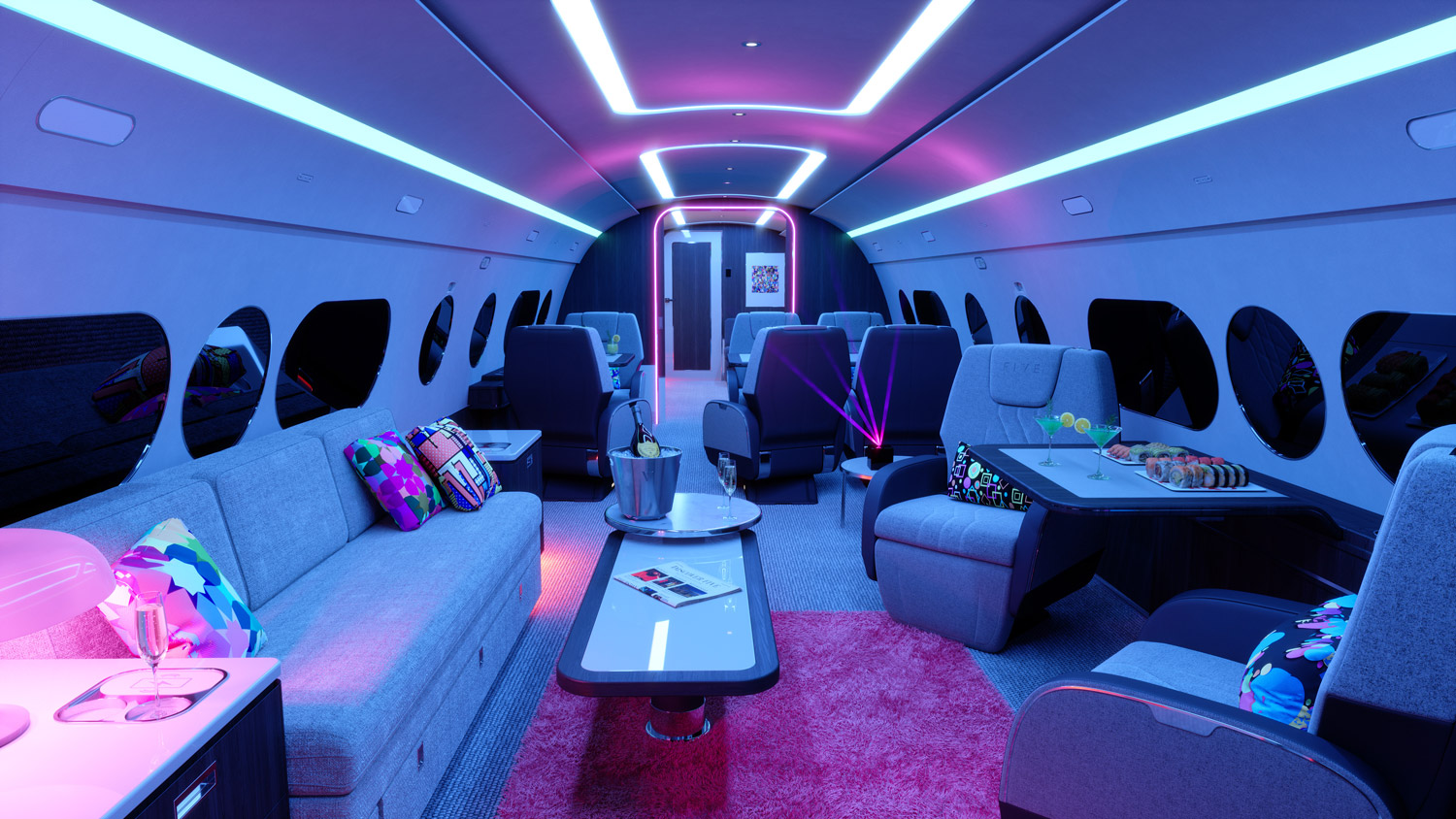 FIVE has reimagined the very best in sky-high travel. As with the FIVE properties on the ground, the ACJ TwoTwenty cabin invites guests to experience a fresh new in-flight entertainment experience in the air, allowing passengers to dine, entertain and invigorate in the most opulent and private environment.

FIVE has selected Comlux Aviation to operate commercially their ACJ TwoTwenty in partnership through an exclusive charter agreement under Comlux AOC in Malta. The aircraft registered 9H-FIVE, to be pronounced “Nine-Hotel-FIVE” will enter into service as soon as early 2023.

“I am extremely pleased with the purchase of the ACJ TwoTwenty. It is a key milestone in the development of FIVE’s bouquet of offerings to our discerning global clientele. 9H-FIVE will showcase the best aspects of both private and commercial aviation with one distinctive offering – by fusing together the Best in Class Bizjet and FIVE’s Best in Class Hospitality and Entertainment that will result in an incomparable globally disrupting aircraft, which will provide guests with unparalleled space, range, reliability and experience.  Thanks to Comlux’s know-how in engineering VIP interiors and customized air travel, FIVE can seamlessly curate an exclusive and luxurious lifestyle experience both on the ground - and in the air.” - Kabir Mulchandani, Founder and Chairman, FIVE. 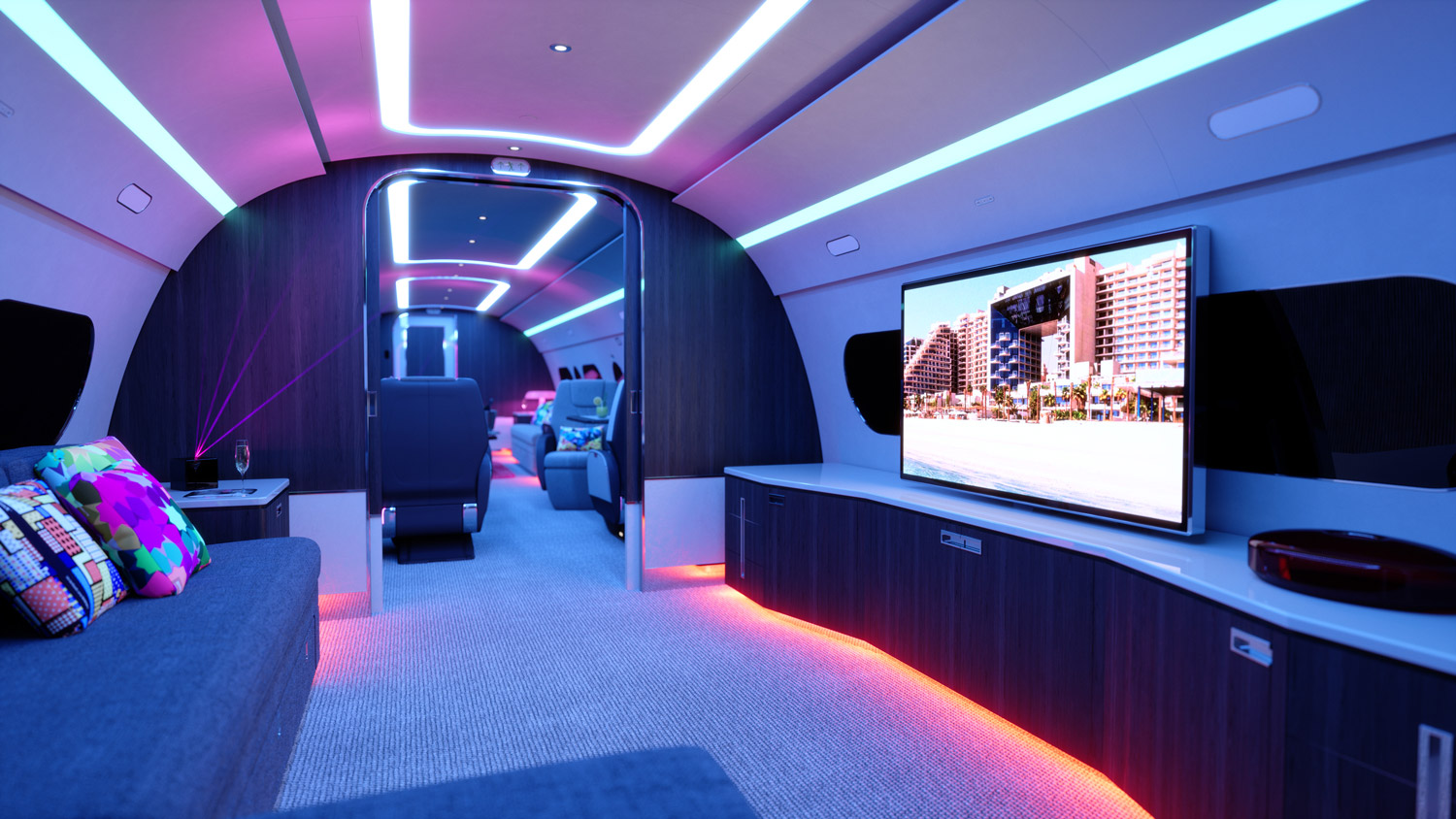 “With our substantial fleet of large-cabin, long-range VIP aircrafts, Comlux has positioned itself as a leading provider of luxurious group travel. It is an honour to partner with FIVE on their thrilling new project -  from aircraft acquisition to cabin interior completion as well as aircraft operations. The all-new business jet, the ‘Nine-Hotel-FIVE’ will be available starting early 2023 for FIVE’s guests, charters and demo flights. It will be based in DWC Dubai World Central airport, which is the ideal airport in the world to further grow and develop FIVE and Comlux businesses.” - Richard Gaona, Executive Chairman and CEO Comlux

“We are proud to extend the ACJ TwoTwenty customer base to the Middle East; Our new extra large bizjet will become the new flagship in luxury travel with FIVE hotel, moving further boundaries of exclusive lifestyle in the air, and pioneering new flying experiences. The ACJ TwoTwenty is a game changer in business aviation.” - Benoit Defforge, President ACJ. 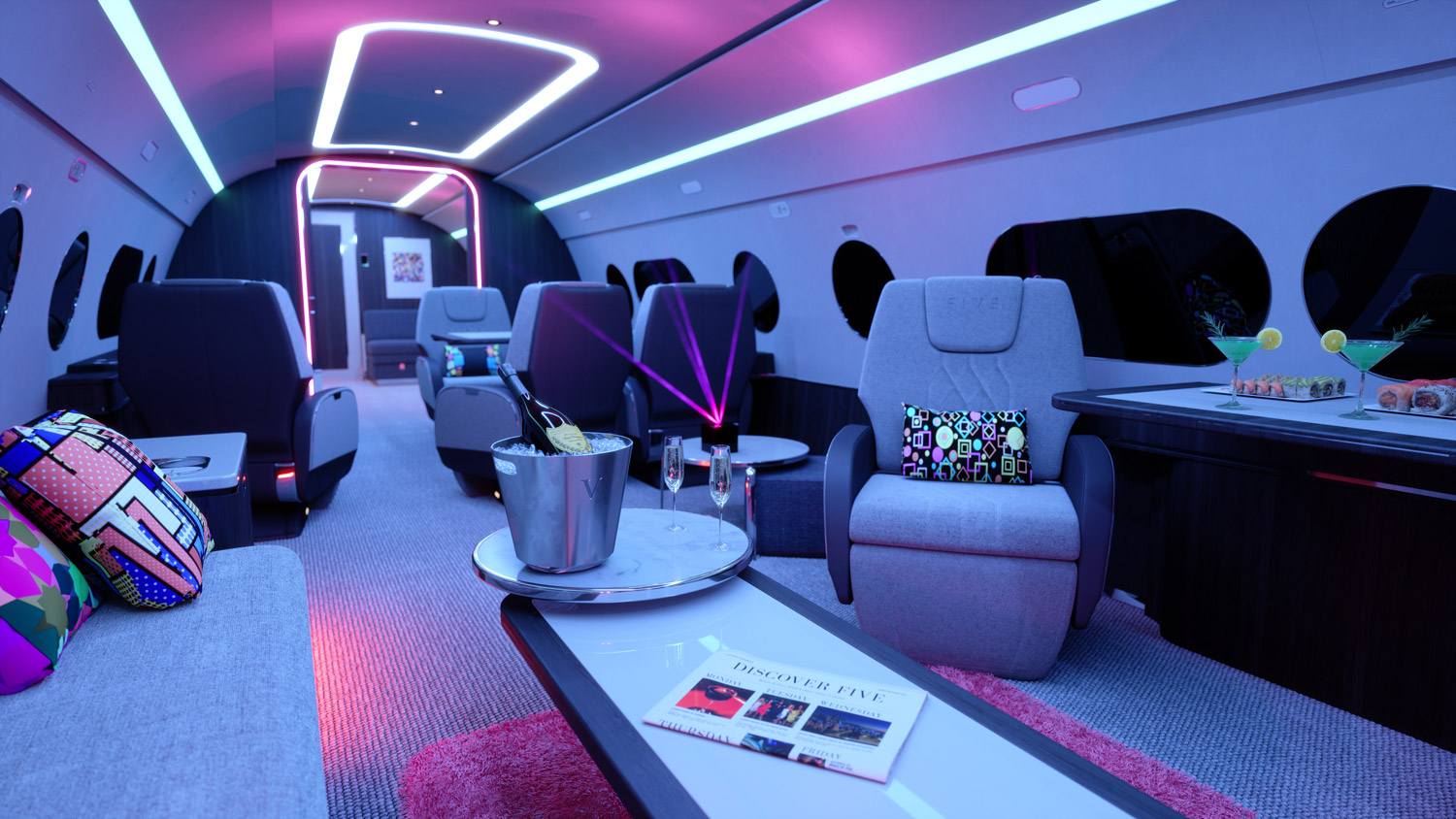