Ecocopter has ordered three H125s and one H145 to be used for aerial work missions in a variety of industrial sectors. The helicopters will be delivered by the end of 2022 and mid-2023 respectively, and will join Ecocopter’s fleet of 18 helicopters, solely composed of Airbus aircraft, and which carry out operations in Chile, Peru and Ecuador. 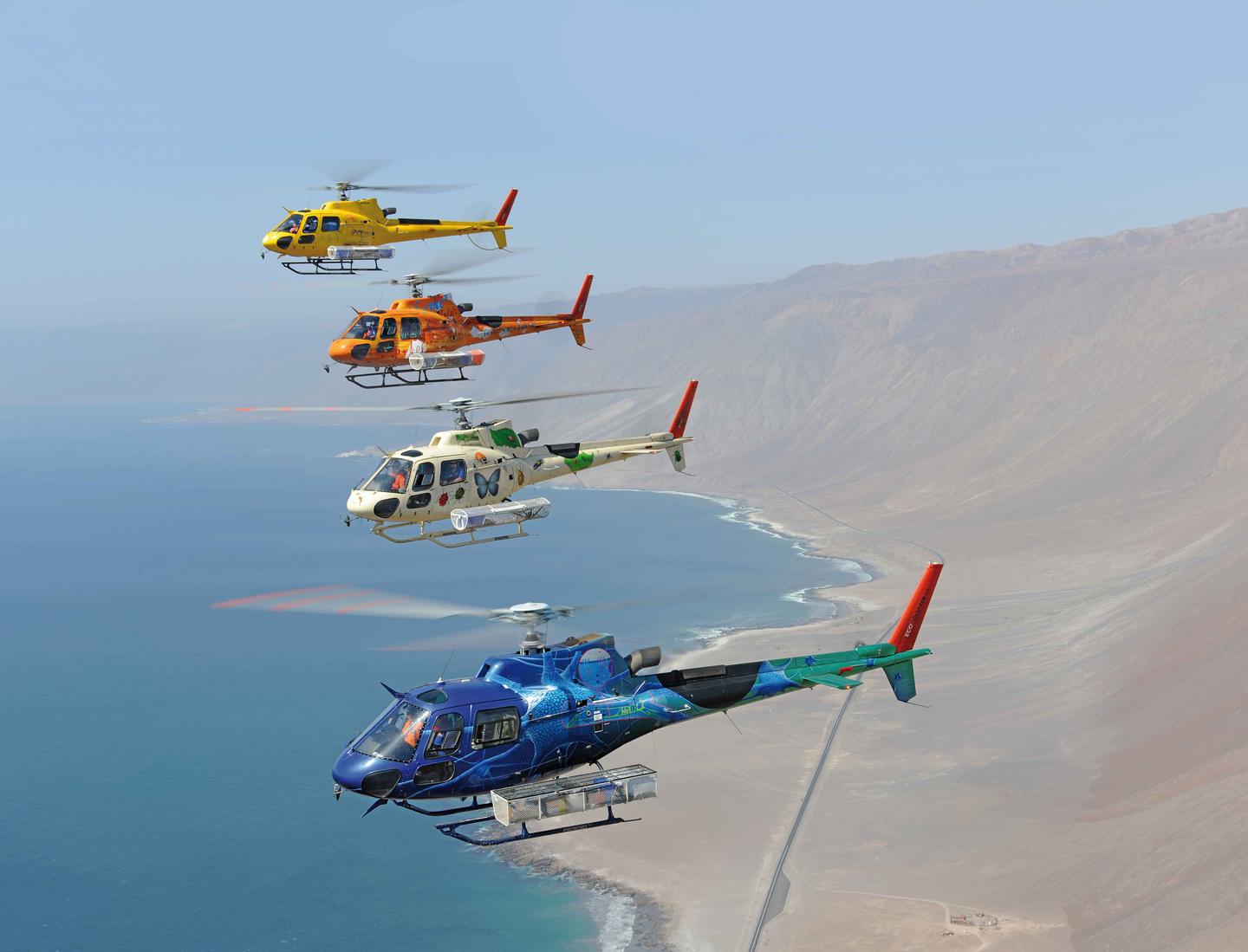 “These new high performing helicopters represent a clear step in our strategy to consolidate our regional presence in South America. We appreciate the support of Airbus Helicopters over the past 20 years as we have grown our business,” said Marcelo Rajchman, Ecocopter´s Corporate Manager.

“We are very proud to see how our helicopters are carrying out the most demanding aerial work missions and in the most challenging environments, in South America thanks to Ecocopter," said Ben Bridge, Executive Vice President of Global Business at Airbus Helicopters. "A leader in air services in this region, these new helicopters underline Ecocopter's commitment to safety, quality, excellence, and innovation".

Established in 2003, Ecocopter is a reference in highly complex aerial work missions in South America. Its fleet of Airbus helicopters, consisting of 13 H125s, two H135s, and three H145s, is characterised by their high versatility and perform missions ranging from offshore transport, mining support, medical evacuation, firefighting, and almost the entire range of aerial work missions. Ecocopter helicopters are known worldwide for their unique designs. Each livery is a tribute to a different scientific motif: from entomology to the universe to Charles Darwin's theory of evolution.

The worldwide best-selling H125 has accumulated more than 37 million flight hours with more than 5,350 helicopters currently in operation. The model, known for its robustness, versatility, hot and high performance, and is widely used in highly demanding missions. Regarding the H145, there are more than 1,500 helicopters of this family in service, logging a total of more than six million flight hours. Its particularly low acoustic footprint makes the H145 the quietest helicopter in its class.