Dassault Aviation’s Fixed Based Operation (FBO) at Geneva International Airport has been voted the top FBO at the Swiss facility in a survey of European business aircraft operators performed by Business Air News. The magazine named Dassault’s Le Bourget FBO number two among operators at that airport, which like Geneva is one of the most competitive FBO markets in Europe. 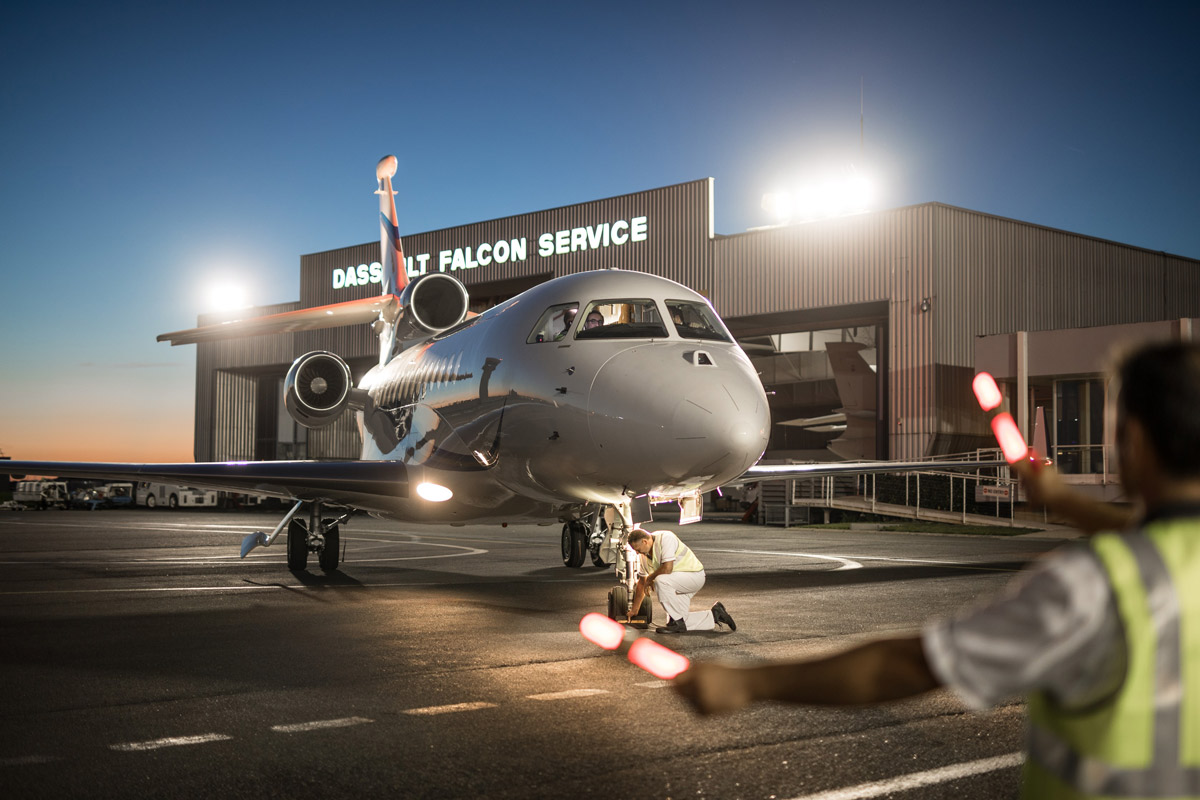 When ranked against all European FBOs, the Geneva operation came in third and the Paris FBO, sixth.

“We think of the service we provide in the most expansive terms,” said Jean Kayanakis, SVP Worldwide Falcon Customer Service & Service Center Network. “That means providing a welcoming environment and top service quality for pilots and passengers alike, whatever the brand of business aircraft they fly.”

Each of the two FBOs is co-located with a major Dassault service center—Dassault Falcon Service at Le Bourget and TAG Maintenance Services (TMS) in Geneva—and both are led by veteran managers who emphasize attention to detail and going the extra mile for their customers. TMS provides heavy maintenance for multiple aircraft brands and each facility hosts service center aircraft and flight crews as well as transient traffic.

Both FBOs have benefitted from recent renovations and new capabilities. TMS Geneva recently opened a second terminal on the opposite (south) apron of the airport for greater operator convenience and introduced the airport’s first electric ground power unit (eGPU). The unit is both quiet and emissions free and was the first to be acquired by a European MRO provider. GPUs account for about 40 percent of greenhouse gas emissions from airport ground equipment.

Dassault Le Bourget demonstrated the feasibility of operating aircraft running on 100% sustainable aviation fuel, in collaboration with TotalEnergies. The FBO also earned International Standard for Business Aircraft Handling (IS-BAH) Stage 2 certification for its ground handling operations—a recognition of its contribution to the safety and efficiency of business and general aviation ground handling at this busy airport.