Signaling a return to normalcy, in April of this year the world’s top preowned business jet dealers doubled their sales compared to April of 2020 when the pandemic wreaked havoc on transactions.

Dealers accredited by the International Aircraft Dealers Association (IADA) closed 106 deals this past April, compared to 53 the previous year, when the economic impact of the pandemic was just beginning to be felt. 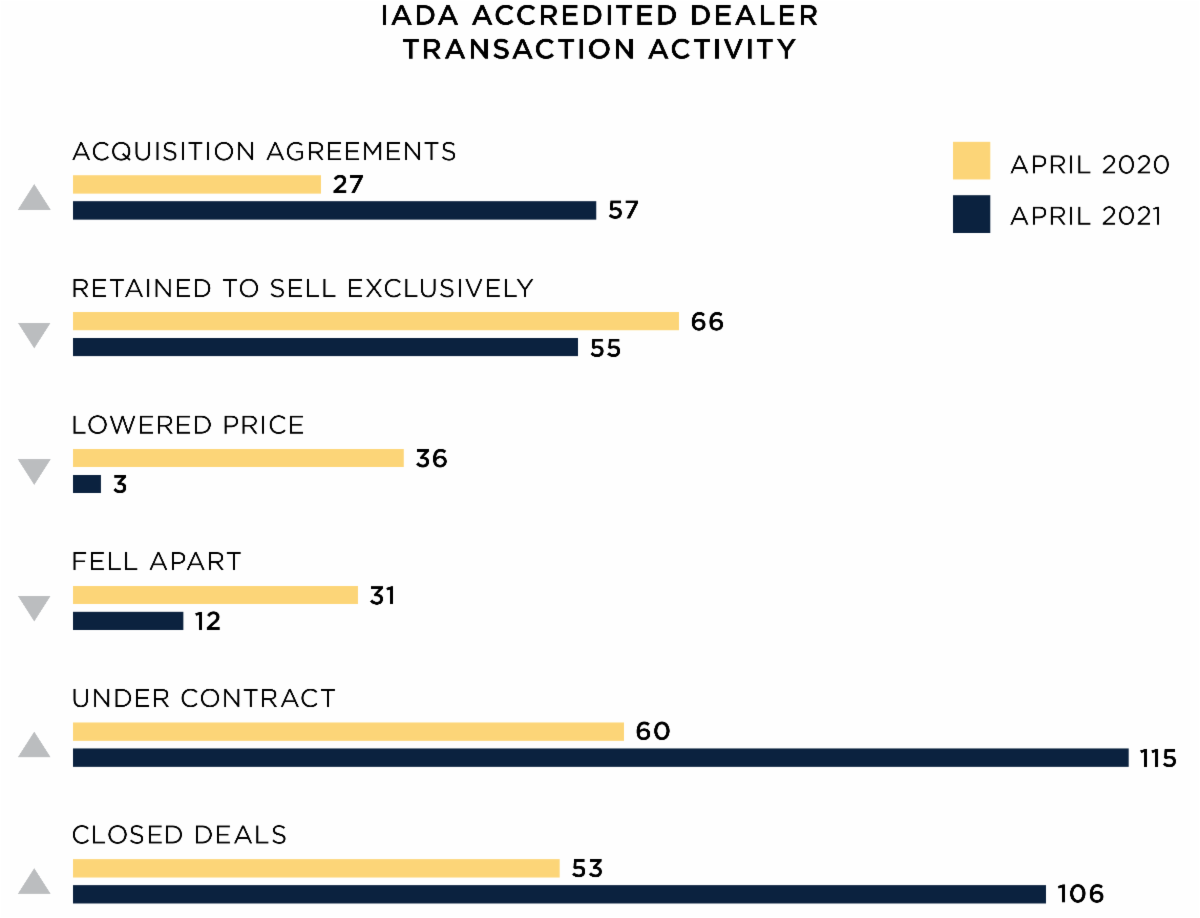 Encouraged by the robust outlook for more preowned sales for the remainder of the year, IADA has made an early commitment to have an exhibit supporting its members at the 2021 NBAA Business Aviation Convention & Exhibition (NBAA-BACE). It will be held Oct. 12-14 in Las Vegas.

IADA dealers’ strong April sales performance came on the heels of a first quarter where IADA members registered a solid 211 aircraft sales, marking a return to a pre-pandemic biz jet economy. The group closed the quarter with another 246 aircraft under contract.

“IADA dealers, who lead the aircraft transaction industry by a wide margin, experienced large increases in the most meaningful categories,” said Executive Director Wayne Starling. “Transaction closings doubled, as did acquisition agreements, and our group had more aircraft under contract, with fewer lowered prices or deals that fell apart for one reason or another,” he added.

Transaction volume by member dealers reflects the overall health of the used aircraft market, because IADA-accredited dealers buy and sell more aircraft by dollar volume than the rest of the world’s dealers combined. IADA began tracking preowned sales metrics for business aircraft in April 2020 on a monthly basis as a result of the volatile market conditions caused by the pandemic.

Comparing April 2020 with April 2021, which just ended, IADA dealers had a much better month: