The European summer season was still going strong in the first week of September, notable that even UK airports are seeing record business jet departures. The US market recovery is tapering-off but it was still a record Labor Day for business jet departures, and Florida’s activity growth continues despite the delta variant. The US market is also seeing a stronger comeback in commercial airline activity, within 20% of normal during the holiday weekend.

There has been no let-up in the demand for business jet travel in Europe coming into September, with the first week seeing 27% more flights than in the same week September 2019. The recovery in North America has tapered off since mid-August although there was a bump over Labor Day, and activity rates are still on course to beat September 2019, which would make it a 4th consecutive record month. In other regions, business jets are flying more than ever in South America and Africa, and domestic demand in China has recovered from recent pandemic restrictions. Business aviation continues to flourish as airlines struggle to recover, particularly in Asia and Europe. 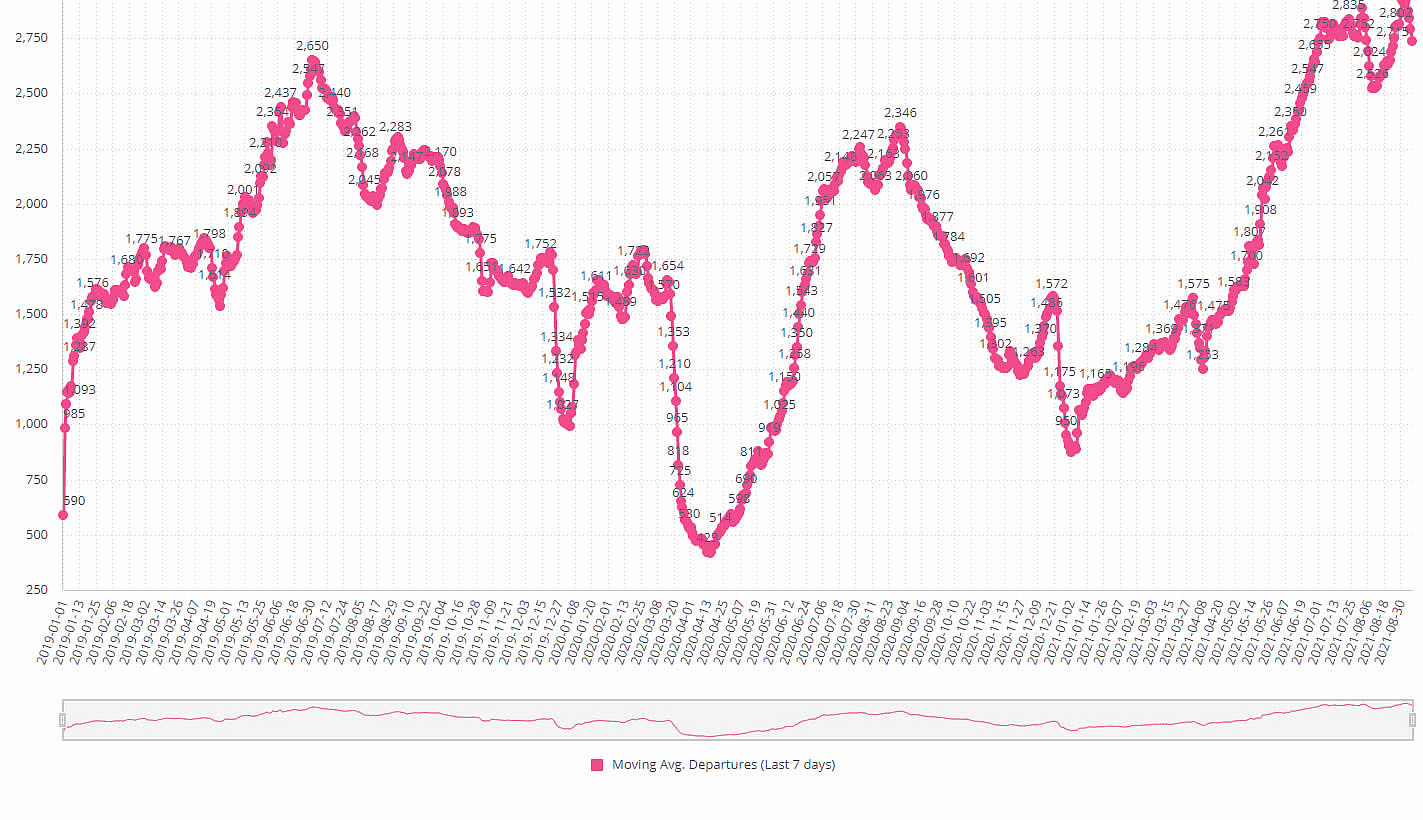 The European surge in business jet activity is clear across the region; Germany has the most modest growth trend which is still 12% stronger than for the first week of September 2019. From Spain, business jet departures are up by 85% compared to last year, 45% compared to two years ago. Croatia, which has been a hot spot for business jet arrivals all summer, has seen records broken by 80% in the first week of September. At least 30% growth above pre-pandemic trends are being recorded across Italy, Sweden, Switzerland. Business jet departures from Russia are up by 44% and arrivals into Greece and Turkey are up by a half compared to September 2019. Most of the activity is domestic but some popular country flows are emerging including business jet sectors between France, Switzerland and Italy, these connections trending 40% above normal.

The UK, which was well behind the recovery in the first half of the year, is now seeing business jet movements trending above the norm. Outbound flights in the first week of September are up by 15%, with France the most popular destination. Farnborough is well ahead as the busiest UK airports, activity so far this month up 50% on last year, 30% on September 2019. Next busiest UK airport is Biggin Hill, which has seen 300 business jet take-offs in the first week of the month, an eye-catching 77% increase on two years ago. Luton’s activity lags behind but still enjoyed a 15% bump on pre-pandemic September 2019. Looking back over the last 3 months, Biggin Hill, Oxford, Jersey , Bournemouth and Bristol airports have had record-breaking summers. Farnborough has gained ground but still 12% behind summer 2019.

The US market has seen 12% gains versus summer 2019, with the biggest growth, 40% above normal, recorded at the top Florida airports Miami-Opa Locka and West Palm Beach. The North-East US has fully rebounded this summer, with strongest ever summer activity at Westchester, White Plains, Dulles and Nantucket. Labor Day weekend traffic was up by 6% compared to Labor Day in 2019, with biggest growth in arrivals into airports like Napa, Charlotte, Scottsdale, Centennial, with Westchester, Logan, Los Angeles, Dulles seeing big growth in departures. The busiest pair for business jet activity over the weekend was Los Angeles to Van Nuys, 34 outbound flights, up 70% on two years ago. Business jet connections between Westchester and Nantucket were up 4 times compared to two years ago. 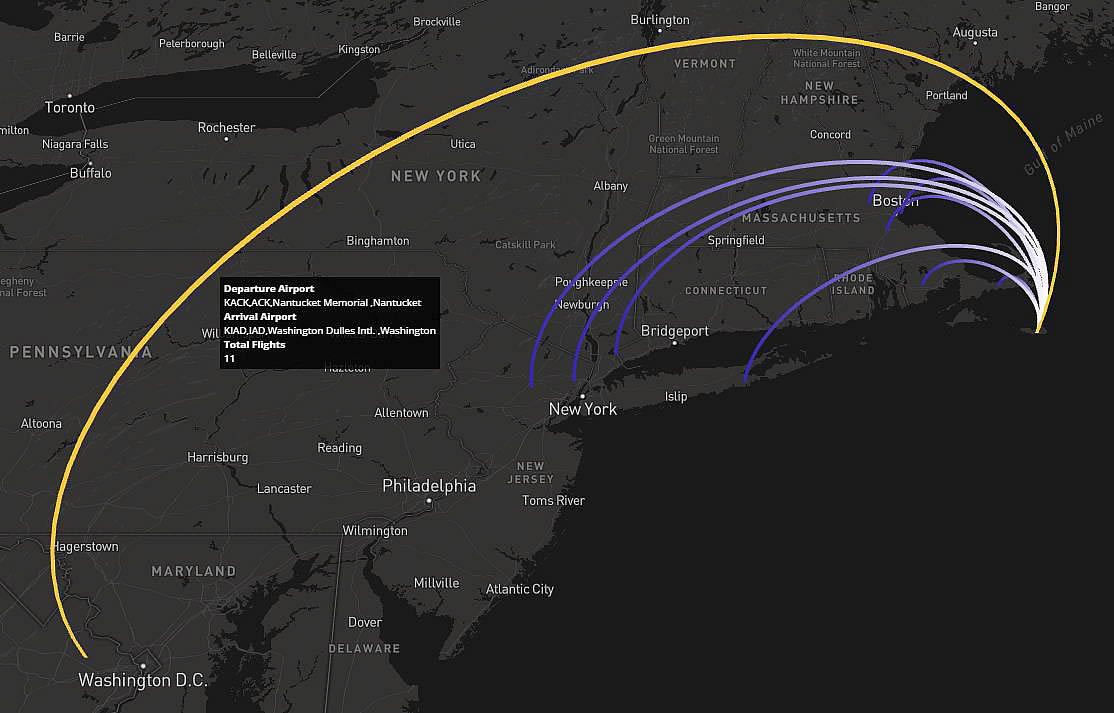