If patience is a virtue, then business jet makers are the most virtuous of all, having waited some 13 years until now to proclaim that business is booming once again.

Back in 2008, the industry delivered over 1,300 shiny new aircraft worldwide. Following the 2008-09 Great Recession, that figure atrophied to just half that amount annually, around where it still remains today. But that’s all about to change. 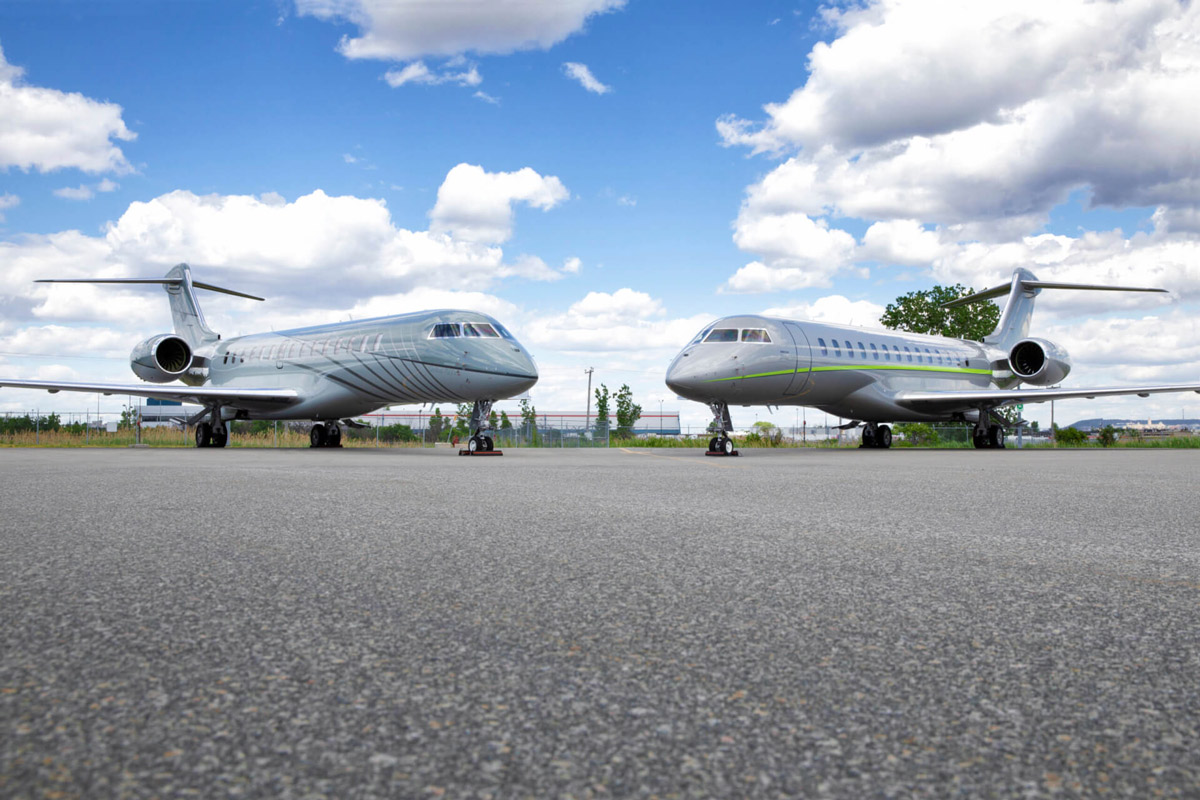 Call them one of the late beneficiaries of the pandemic. For 2020, which included the depths of the pandemic, the industry actually had 20% fewer aircraft deliveries than the previous year, an anemic level not seen since 2004. This was brought on by a combination of factory shutdowns, supplier hiccups and buyers waiting for economic confidence before plunking down millions on a new jet.

However while manufacturers were taking action to again right-size their operations to what could conceivably be the new reality, other sectors of the industry suddenly began to flourish. Well-heeled travelers looked for alternatives to the airlines’ crowded terminals and being shoehorned into a middle seat next to strangers, looking to private jet charter or fractional ownership to avoid the mosh pit. Objective data showed business jet travel quickly climbing back toward pre-pandemic levels, while airlines continued to languish.

This crush of first-time private aircraft users, which caused upwards of a 20% increase in business, coupled with increased jet usage by existing users, led fractional jet provider NetJets, a unit of Berkshire HathawayBRK.B, to temporarily suspend further sales of its jet card charter service. Doing so ensured existing customers adequate access to the fleet while allowing recovery to an acceptable service level standard. Concurrently, the number of preowned business jet transactions took off in the last half of 2020, setting all-time records and reducing to nil the inventory left to choose from.

The 2020 increase in charter activity and used aircraft sales were to be a harbinger of what was to come for business jet manufacturers. While early 2021 was still a little sleepy, by the first half most OEMs were reporting new jet orders outpacing shipments by a two-to-one margin, fattening depleted backlogs and giving hope that the long lost go-go days of the early 2000’s may finally be returning.

Since airplane production can’t be increased with the flip of a switch, overall 2021 deliveries won’t be all that different from previous years over the past decade. However, as OEMs gain confidence that the increased demand is real, and that they can crank out more planes without the risk of unsold units becoming expensive lawn ornaments, the spin-up will become more pronounced.

Our latest delivery forecast at my consultancy anticipates around 700 industry deliveries in 2021 — on par with what it has been for many years. A meaningful ramp-up will begin in 2022 and continue unabated for several years, easily surpassing the 900-unit level for the first time since 2007. The demand will be driven by first-time owners and corporations that hunkered down during the pandemic but are now ready to buy and charter/fractional providers who need larger fleets, by the hundreds, to meet increased market demand.

The primary industry players who stand to benefit from the trend include the aviation unit of Textron, General Dynamics with its Gulfstream division, Dassault Falcon Jet, Embraer and Bombardier. The improving market has been particularly beneficial to the latter company, which only recently became a pure-play business jet manufacturer, with its future tied to the segment.

For now, bizjet makers will continue to happily take orders while replenishing their backlogs, and will finally have the luxury to contemplate future production increases. “It’s a good time to be in the business,” a phrase not uttered since 2007, will soon return to the industry’s vernacular. As Aristotle once said, “Patience is bitter, but its fruit is sweet.