The analysis reveals Germany, The Isle of Man, Austria and France have seen the biggest fall in the actual number of pre-owned jets for sale.

Malta, Estonia and Ireland all saw an increase in the number of pre-owned private jets for sale. 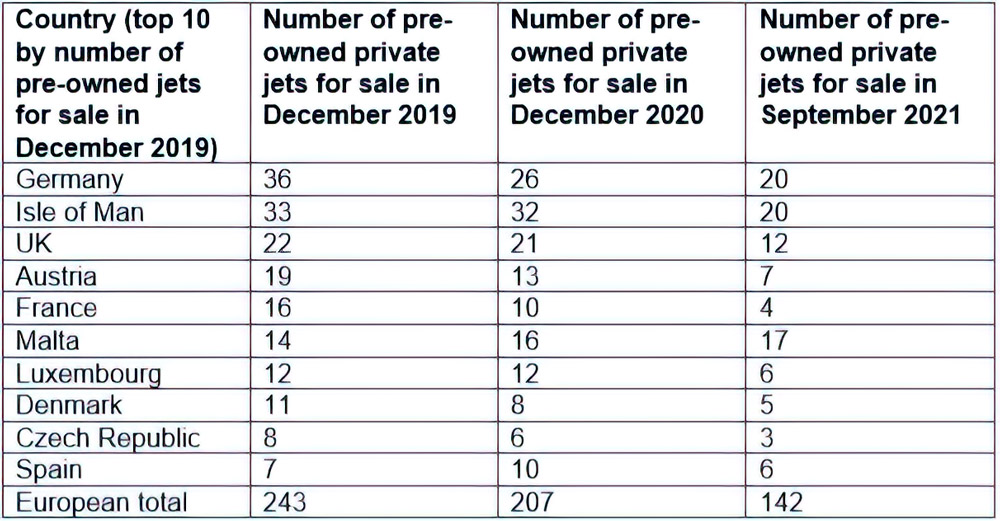 Colibri Aircraft says the decline in the number of pre-owned jets is a global issue, and it is not just affecting the European market.  It says there are a number of factors behind this:

Oliver Stone, Managing Director, Colibri Aircraft said: “We have been operating for over 10 years now, and this is probably the most difficult environment we have encountered by buying private jets – particularly for European compliant aircraft.