Transportation delays were observed in several European countries last week as a severe heat wave moved its way across Western Europe. The hottest days were July 17th - 19th where temperatures in the United Kingdom were recorded over 104˚F / 40˚C.

As you can see in the graph below, business aviation traffic took a steep decline on Tuesday, July 19th as several major airports shut down intermittently due to complications from the extended periods of intense heat. ​ 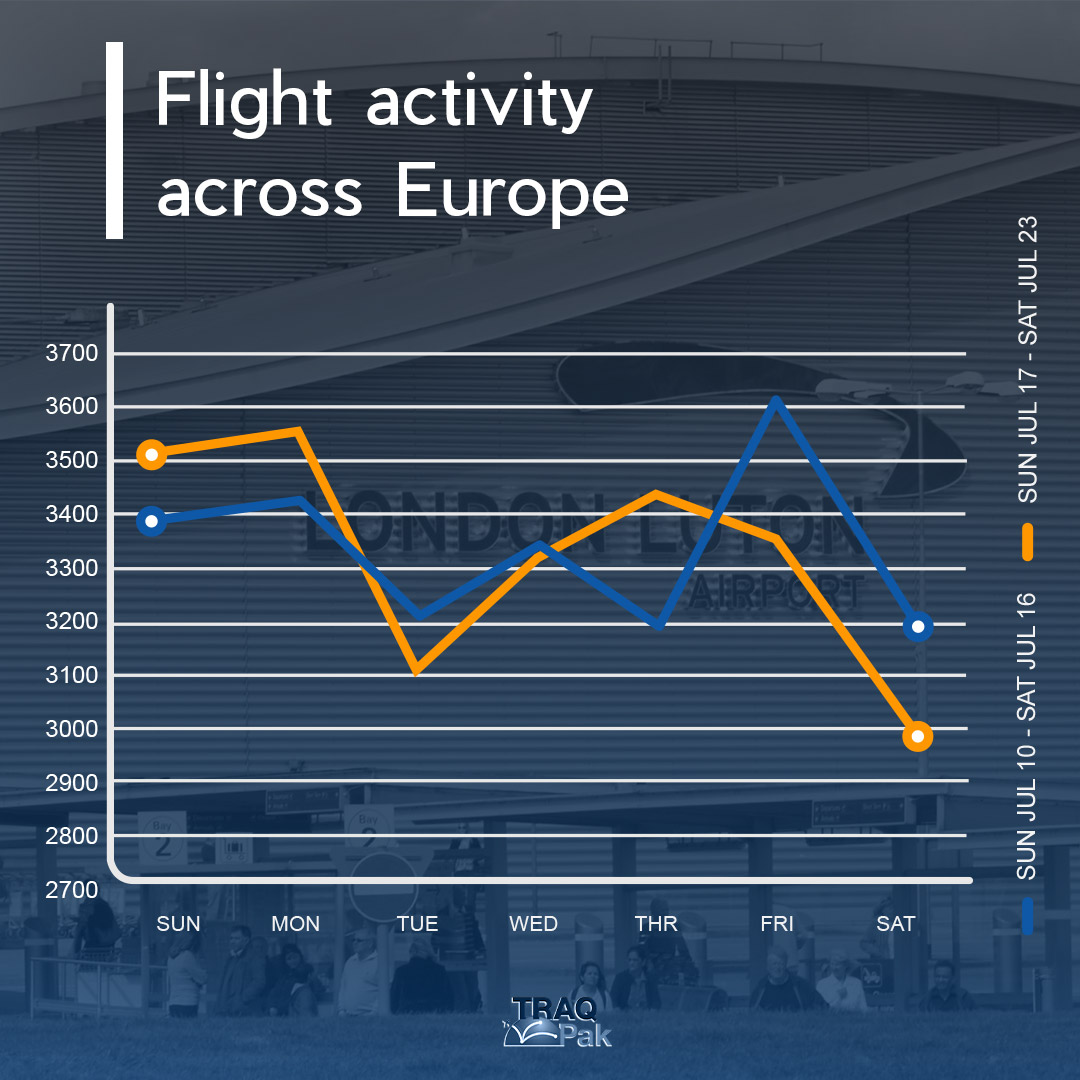 Stat of the Week: At Luton Airport (EGGW), flights were suspended for nearly three hours on Monday July 18th, which led to a 58.6% week over week decrease in business flight activity locally.