Chad Anderson, Chief Executive Officer, Jetcraft says: “This year’s report predicts that, after stabilizing in the wake of a post-COVID surge, pre-owned transactions should maintain their new higher base and growth rates, reaching 10,921 transactions valued at $66.6B over the forecast period." 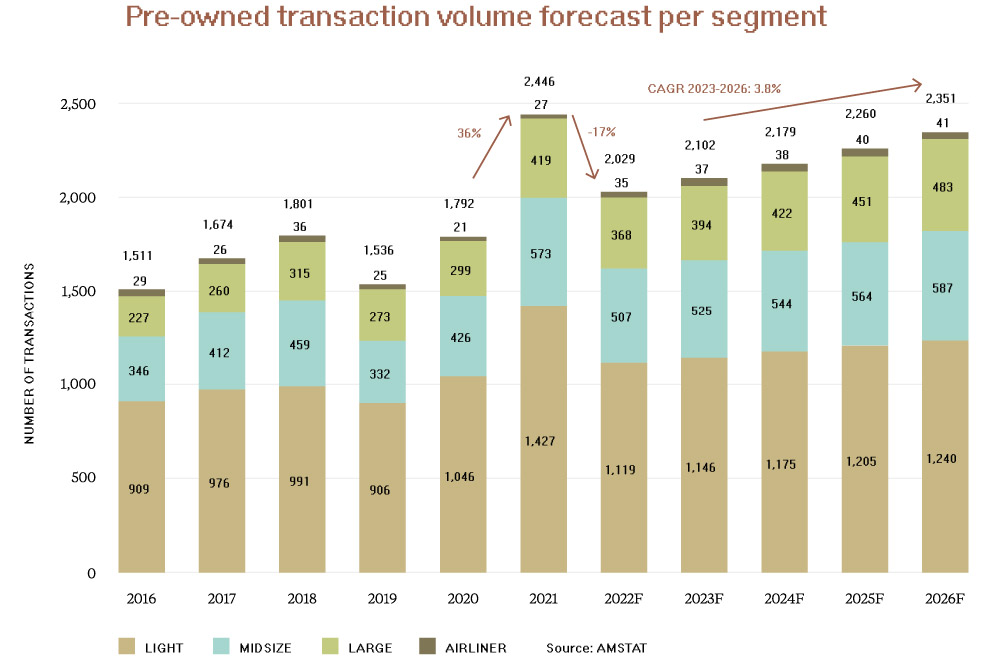 2021 was a record year for business aviation, with an annual total pre-owned transaction value of $14.5B, a near 40% increase on 2020, principally driven by Large and Midsize jet purchases. Despite an equally strong performance in early 2022, Jetcraft predicts the market will soften with normal depreciation levels resuming in 2023.

Ever Forward has identified international growth areas for the sector, with the UHNWI population in Asia-Pacific set to increase by 33% over the next five years, suggesting significant potential for pre-owned Large jet transactions in the region. The Jetcraft study also reports the share of pre-owned Jetcraft buyers under 45 has risen by 20% in the last five years. Further, these buyers are driving a trend toward larger aircraft purchases, with their average transaction price hitting $25m, a 31% increase in comparison to their more mature counterparts. In total, nearly a quarter (24%) of pre-owned jet buyers in Europe are younger than 45, with this figure rising to 38% in the Middle East and Africa. 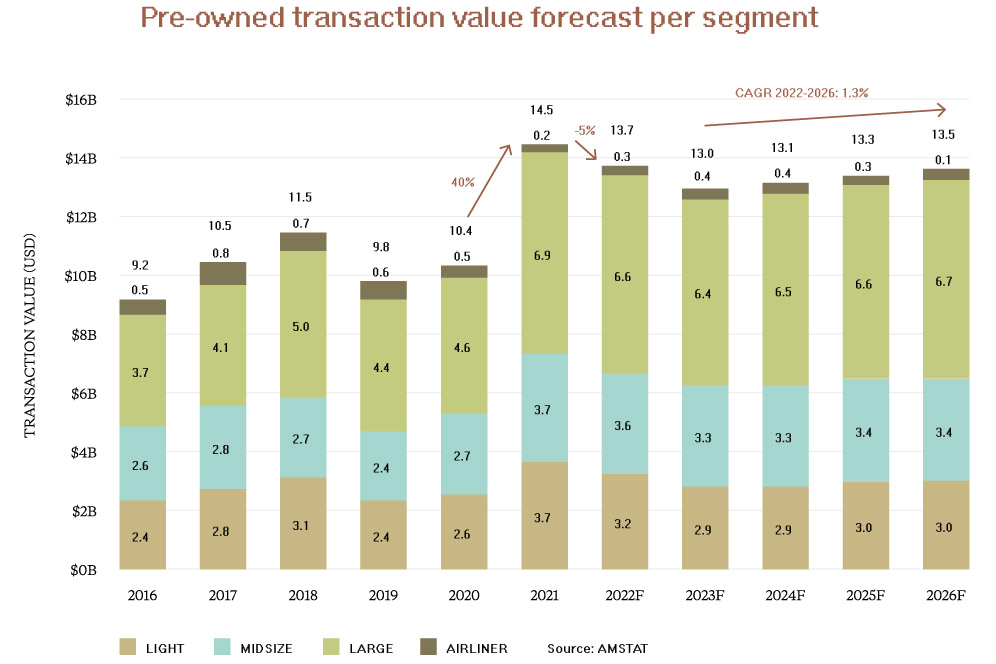 Anderson continues: “Our data shows that the profile of a typical pre-owned jet buyer has shifted internationally in recent years, with younger buyers making up a sizeable proportion of the market. This younger buyer persona offers real lifetime value to our industry, while the predicted growth of the UHNWI population also underlines the potential for the future of the sector.”

Jetcraft’s report also predicts a much more rational market over the next five years when compared with the 2004-2008 boom, with average purchase prices returning to pre-pandemic levels.

Jahid Fazal-Karim, Owner and Chairman of the Board, Jetcraft, adds: “We are now entering a post-pandemic business cycle from a new, higher starting point, with a predicted steady upward trajectory fuelled by more and younger first-time buyers entering the market, alongside strong demand for larger jets and a growing UHNWI population.”