We have seen the explosive charter demand relapse in the last month, compared to the high points in 2021, which may be a distraction as that spike was artificially boosted by the delayed loosening of lockdown restrictions. What is clear in the last month is that flight departments – both owners and corporate – are flying more than ever. It appears that the limited options on airlines are still out-weighing any downsides in terms of inflation and economic instability.

In the first 18 days of September there were 279,105 business jet and prop sectors operated globally, 5% more than the same period 2021, up 17% compared to the same period in 2019. In week 37, 12th September through 18th September, business jet flights were up 4% compared to the previous week, 7% higher than week 37 last year. In the last four weeks bizjets are flying 4% more than comparable last year. Airline traffic remains sluggish compared to three years ago, however departures are up 13% compared to last year. Focussing on the top airlines, Southwest Airlines, American Airlines, Ryanair, Delta Airlines and United airlines, flights so far this month have rebounded above pre-pandemic levels by 1%, 16% above last year.

Business jet and turboprop activity in North America across the first 18 days of September was 6% above last year, 13% above three years ago. Business jet demand so far this month is 7% above September last year, 19% above the same period three years ago. Week 37 saw a 5% rebound in activity compared to the previous week, that week a 12% rebound on week 35, indicating an acceleration in demand through September. 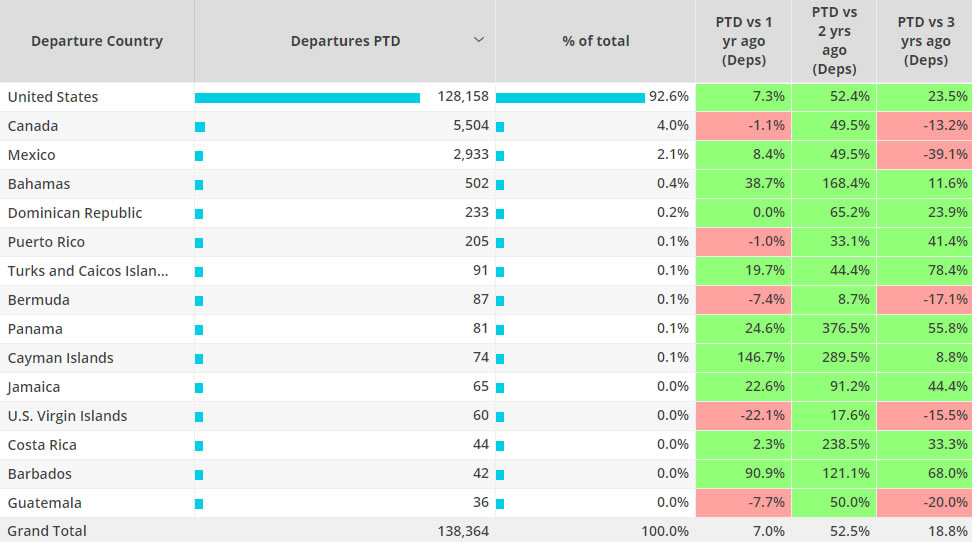 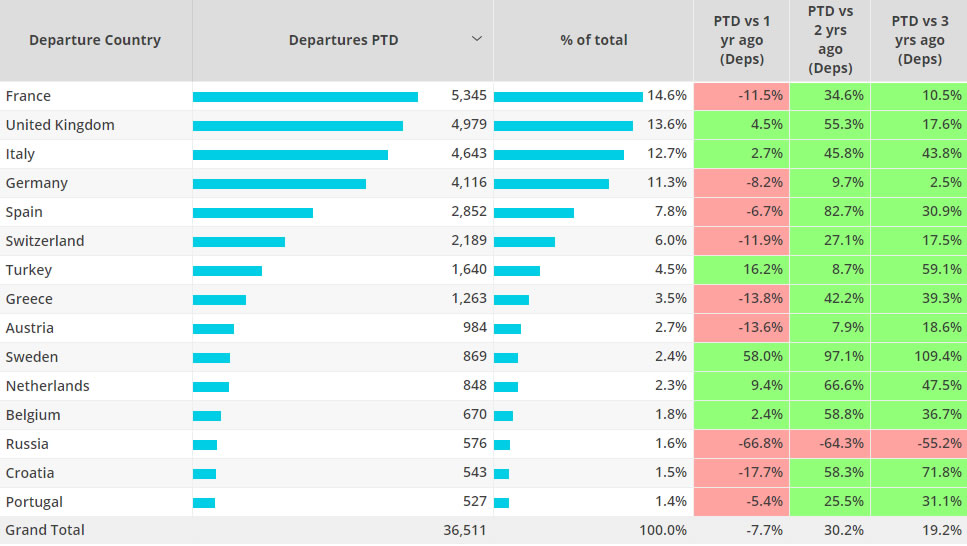