This month we have seen pronounced slowdown in European bizjet activity compared to September 2021, although flights are still up 17% compared to September 2019. The softening market is partly due to last year´s late summer seasonal peak, but it´s clear that macro concerns are also eating into demand. The US bizjet market is still hitting new peaks, with corporate and owner traffic driving momentum.

Business jet activity in North America across the first 26 days of September was 5% above last year, 17% above three years ago. Activity in the last four weeks is 7% above last year, with week 38 up 1% increase compared to week 37 and 5% up on same week last year. 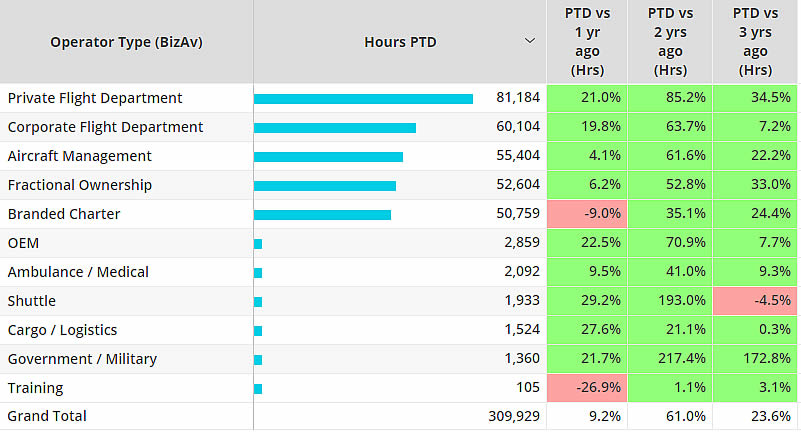 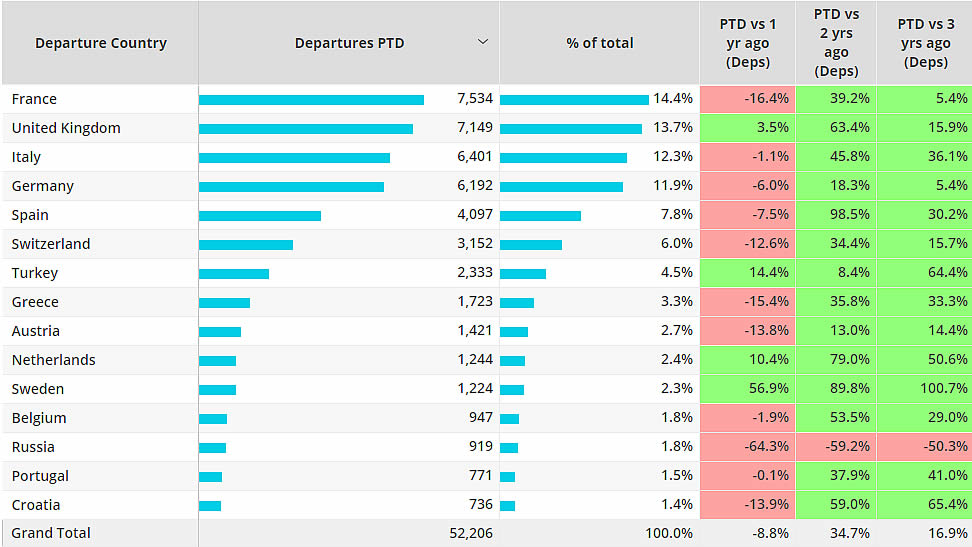 Bucking the regional trend in Europe, business jet activity in the UK, Turkey, Netherlands and Sweden is well ahead of last year. The largest contributor this month in the UK is coming from Aircraft Management operators, although this activity is 4% below where it was in September last year. Whereas branded charter in the UK is down 10%, Fractional and Private flight departments are seeing double digit growth compared to last year, up 20% and 33% respectively.

Business jet activity outside of North America and Europe continues to trend upwards. In the last four weeks activity in the Middle East is up 18% compared to September last year, Africa 3%, Asia up 24% and South America 9%. Departures through September 2022 are 19% above last year, 55% above three years ago across all ROW regions. Sao Paulo is the busiest airport through September, departures 3% above last year. Seletar continues to see triple digit growth compared to last year, Ben Gurion seeing 50% growth and Al Maktoum 29% compared last year. Columbia and Morocco are experiencing a dip, departures are down 8% and 19% retrospectively. Departures from China are half of what they were of last year, down 45% from three years ago.