Hurricane Ian was one of the most powerful storms in history so it’s little wonder that business jet traffic, particularly in Florida, was significantly down in the last week. Meanwhile business jet demand in Europe is well off 2021 highs, although these were one-off spikes. Year-to-date, after 9 months of 2022, flight activity is still up more than 10% on 2019 but is probably now trending towards a full year par with 2021.

Week 39 business jet sectors in the North America region dropped 9% compared to the previous week, and were 4% below the same week last year. Hurricane Ian’s impact on the US coastline was the obvious cause of disruption. Across the United States week 39 business jet sectors dropped 9% compared to week 38, 5% below week 39 last year. Florida took the biggest impact, with departures down 25% compared to the previous week, the Sunshine State recording a new rolling 52 week low of just over 3,700 flights. Elsewhere in the region, the hurricane’s effect was obvious in the Bahamas, Dominican Republic and Puerto Rico. 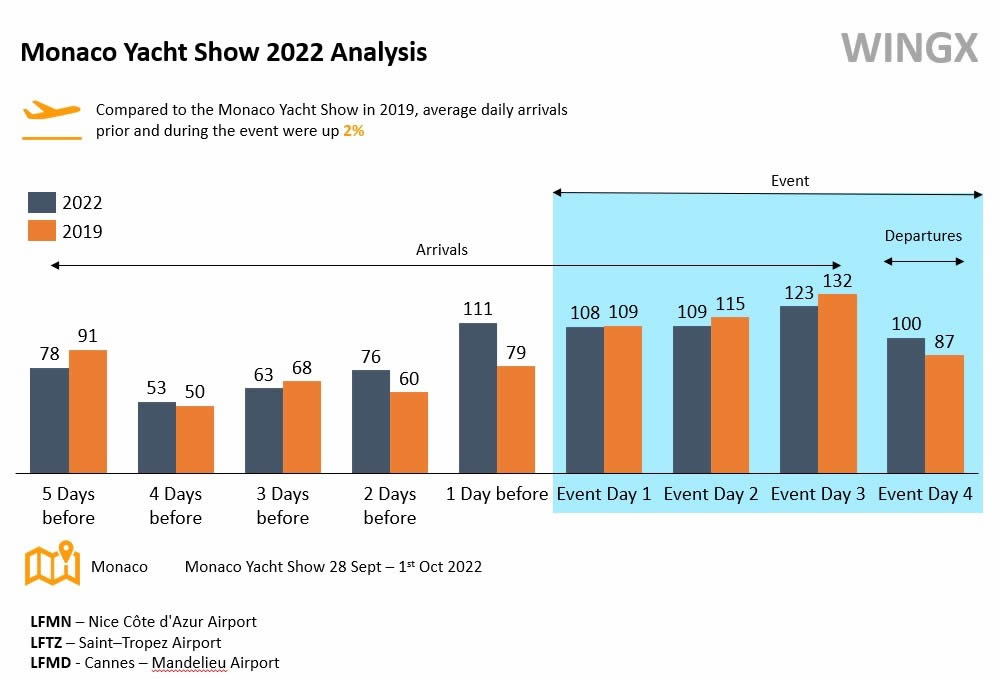 Business jet activity outside of North America and Europe continues to trend upwards. Activity in September was 60% above three years ago, 20% above the levels of September last year. Demand came from private flight departments, flying 36% more than last year, double compared to three years ago. In the last four weeks Asia has seen the largest increase compared to last year, flights up 28%. Heading towards the World Cup later this month, the Middle East is seeing strong growth on what was already a record-breaking 2021: business jet movements were up 19% in week 39 YOY and up by 21% over the last 4 weeks.