The post-pandemic rebound in business aviation is taking on regional characteristics with the US market holding onto most of its gains, European demand visibly sliding back, although we are seeing record transatlantic connections. There is also strong growth persisting in other regions of the world, notably in Africa and parts of Asia. The charter market, red hot for much of the last 18 months, is clearly tapering. But in the US at least, the slowdown in charter is being offset by strong growth in activity for Private and Corporate flight departments.

Fourteen days into November, North American business jet activity is trailing last year in terms of flights operated by 3%, although 11% above three years ago. In the last four weeks activity is 1% trending behind last year. In Week 45 activity dropped 3% on week 44, and 6% on week 45 2021. 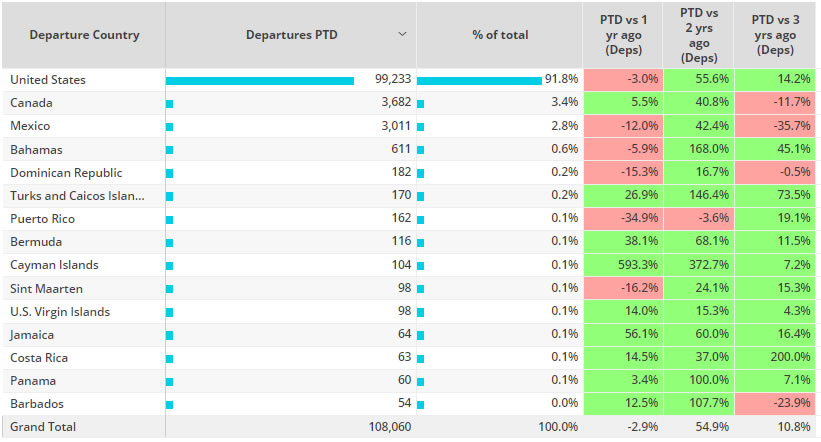 Light jets are driving demand so far in November, followed by heavy jets. All aircraft segments are seeing double digit declines in activity compared to last year. Bizliners have seen the largest decline in departures, 45% fewer than last year. Heavy jets are flying 1% fewer flights than November 2019, although flight hours are 4% above that period.

Outside of North America and Europe business jet activity is 24% above last year, 55% above three years ago. In the last four weeks activity in Asia is 23%, Africa +16%, South America +6% and the Middle East +5%.

Fourteen days into November business jet arrivals into Qatar are 21% below last year, although triple digit growth compared to three years ago. Arrivals in the coming days are expected to rise significantly with the country hosting the FIFA Men’s World Cup. 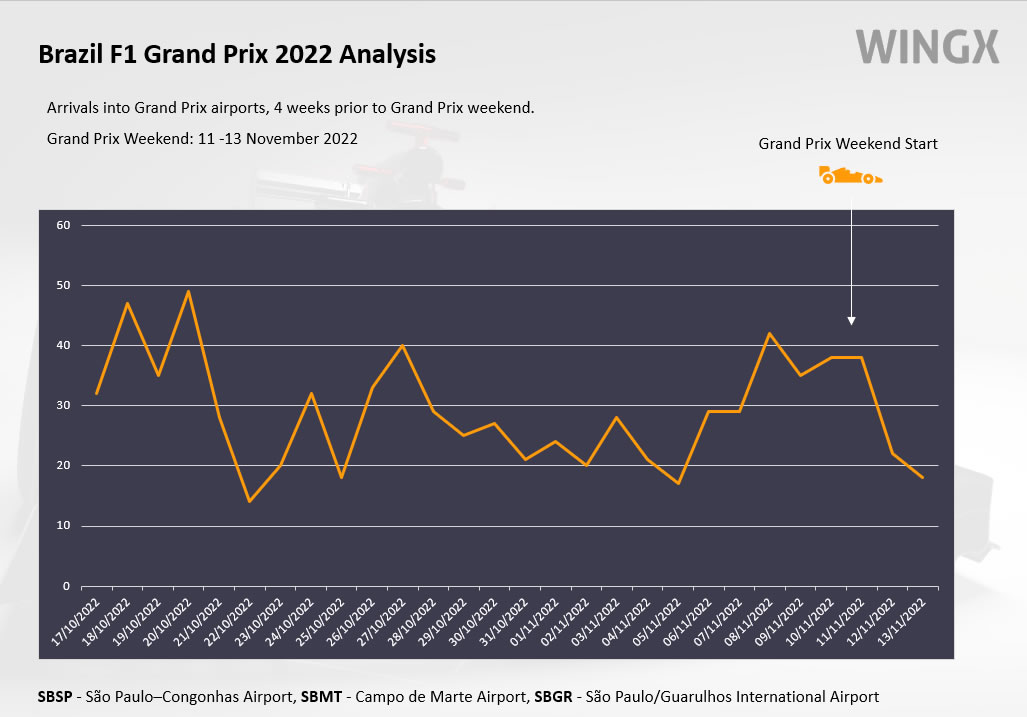