End of an era: DRF Luftrettung is decommissioning the last EC145 in the fleet. It will be replaced at the Bremen station by a state-of-the-art H145, which has been in use as Christoph Weser since today. The glass cockpit of the new machine with large screens, a powerful autopilot and a new interior concept in the cabin make the crew’s work easier and contribute to even better patient care. 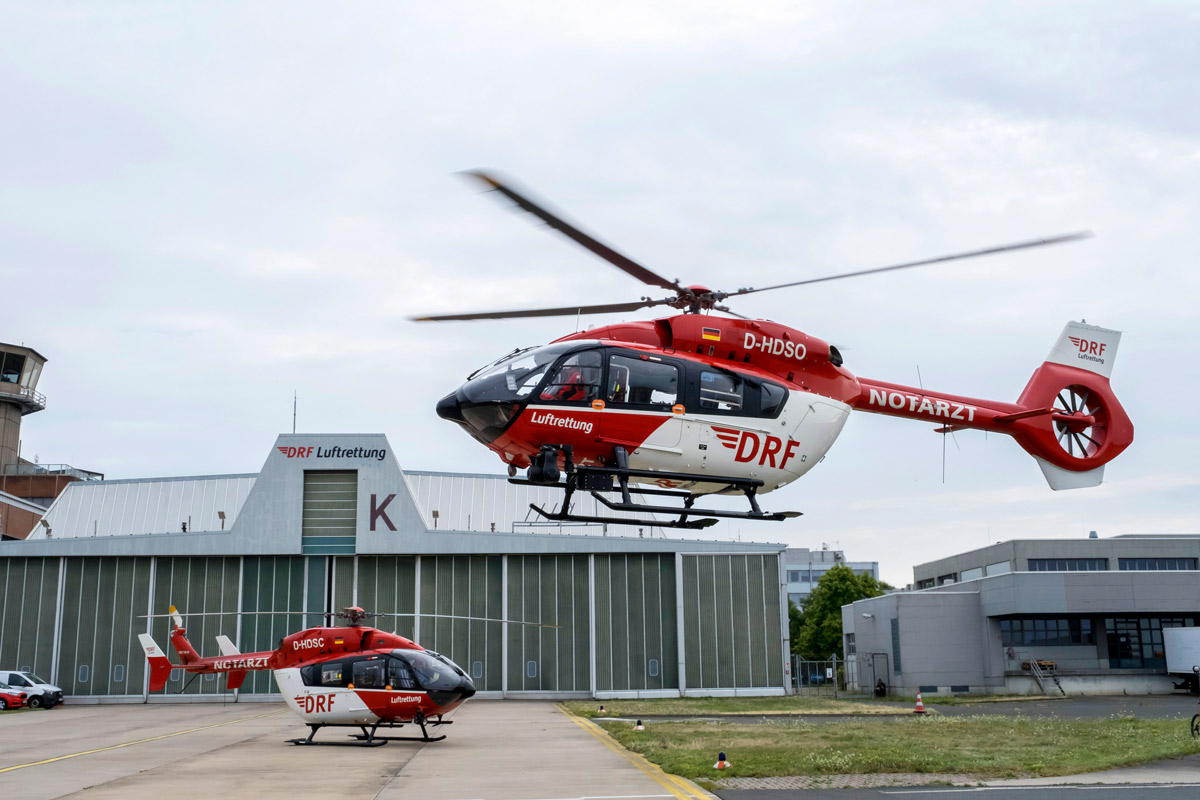 “We say goodbye to the helicopter with a little nostalgia,” says Ingo Reckermann, station manager and pilot, describing the feelings of the Bremen crew. “The EC145 has served us well and saved many lives. But of course we are very happy to have the H145 , the most modern helicopter currently used in air rescue, here in Bremen. Based on the enthusiastic reports from colleagues who have been using it for a while, we are very excited to see how it will fly. It is already clear that the new Christoph Weser is particularly suitable for the tasks of the ward, especially the highly demanding transports between clinics.”

The pilots can use the weather radar to identify rapidly changing weather conditions at an early stage. The four-axis autopilot brings relief because it can automatically take over control functions. This makes Christoph Weser’s life-saving missions even safer. The encased tail rotor, the so-called fenestron , also catches the eye : it is quieter, better protected against damage and offers rescue workers on the ground more safety.

The DRF Luftrettung took the EC145 into its fleet in 2003 as what was then the most modern helicopter, especially for critical transports between clinics. It is the perennial claim of DRF Luftrettung to continuously advance the further development of emergency medical care for its patients. As of today, part of the fleet renewal is therefore completed by gradually replacing all EC145s with the successor model H145.

The station in Bremen

The Bremen helicopter of the DRF Luftrettung is ready for action every day from 8 a.m. to sunset and is manned by experienced pilots, emergency doctors and paramedics. Christoph Weser is alerted for urgent transports of intensive care patients between clinics and as a quick emergency doctor shuttle in emergencies. The crews can reach locations within a radius of 60 kilometers in a maximum of 15 flight minutes. The intensive care transport helicopter has been stationed at Bremen Airport since 2009.