Business aviation activity is still well ahead of pre pandemic, despite the weakening economy, with falling freight traffic underlining this decline. The sclerotic pace of recovery in scheduled airline is almost certainly sustaining the momentum in bizjet demand.

17 Days into October global business jet and prop activity was 1% behind October last year, 10% above pre-pandemic October 2019. Focusing on business jets, flights so far this month are down 3% compared to last year, although still up 15% compared to pre-pandemic October 2019. Scheduled airlines are flying 9% more than last October, however, activity is 22% below three years ago. Focusing on the top global airlines – Southwest Airlines, American Airlines, Ryanair, Delta Airlines and United airlines, passenger airline flights so far this month are 16% above last year, 1% less than three years ago. Dedicated freight activity is down compared to the last three years, 10% below last year, 7% below 2020 and 8% below 2019.

Business jet flights in North America are recovering from an initial hit due to Hurricane Ian, activity is now within 1% of October last year, 15% busier than October 2019. In Week 41 ending 16th October, activity increased by 4% compared to the previous week, in the last four weeks activity is 1% above the same period last year.

Airports near NBAA-BACE conference this week are seeing a large influx of business jets. Between October 1-15 there were on average 77 daily bizjet arrivals into KORL, KISM, KMCO and KSFB airports. During the two days prior to the conference this had jumped 106% to 159 average daily arrivals. Compared to the 2019 event in Las Vegas (KLAS, KVGT, KHND), total business jet arrivals in the 7 days prior to the event are down 29%. 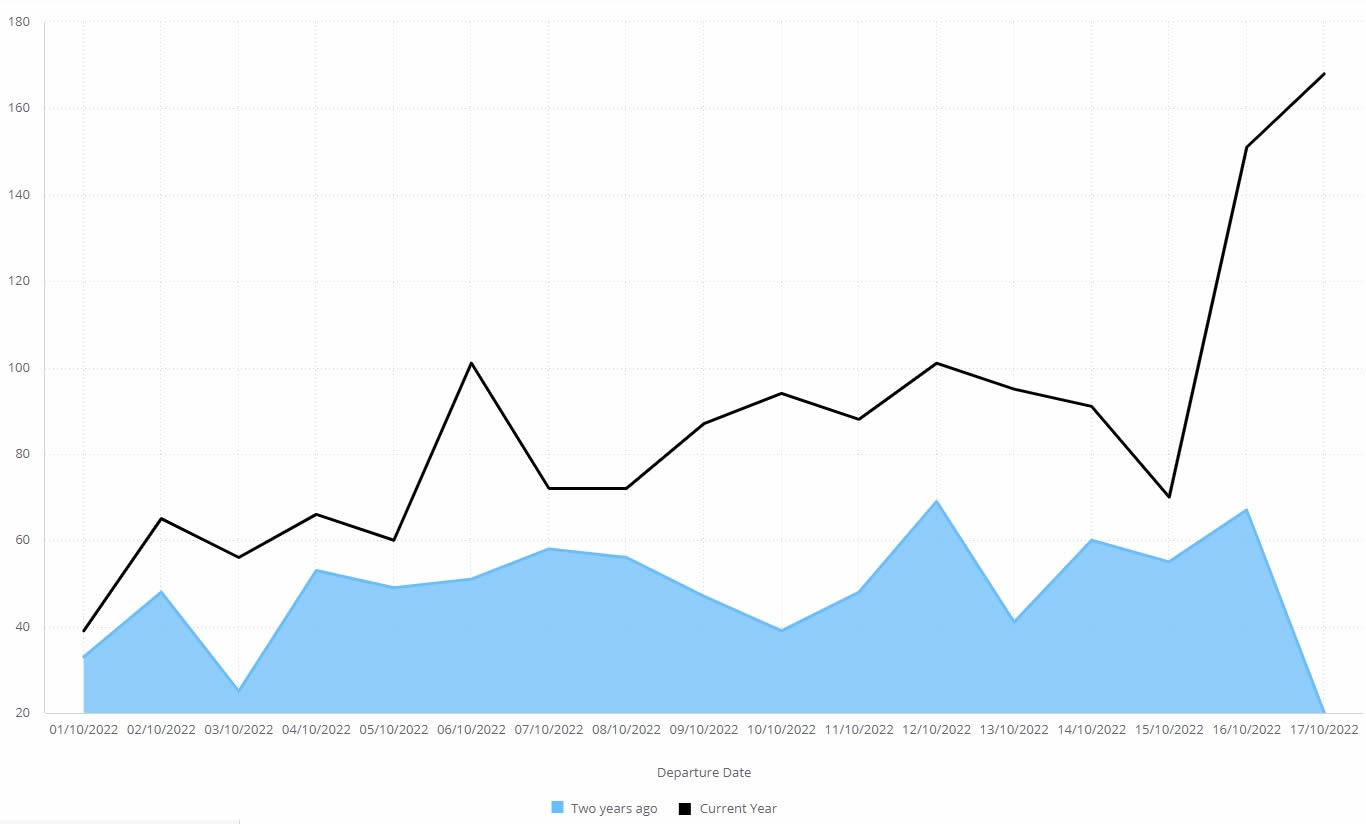 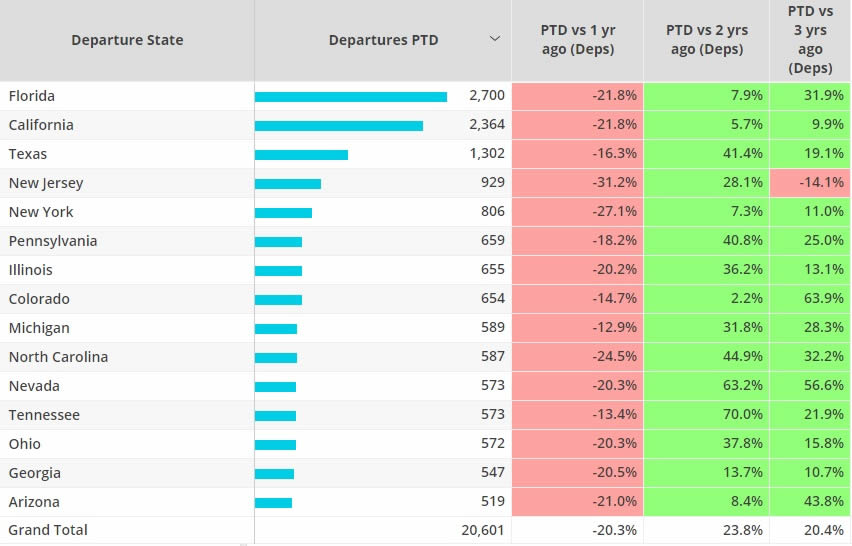 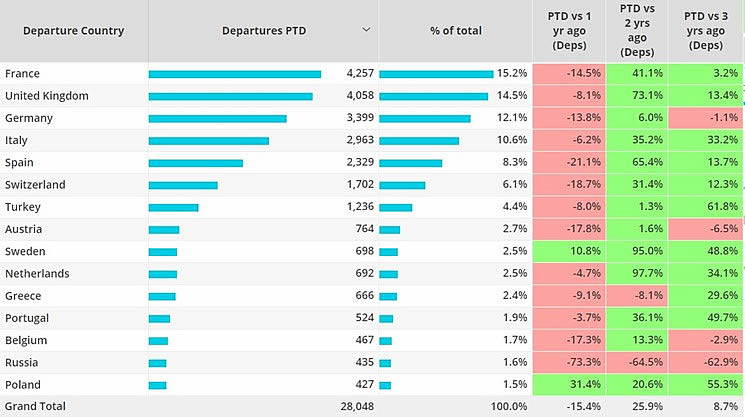