Business jet demand is clearly ailing in Europe with double digit declines compared to last year. The US dip may be distorted by Thanksgiving dates, but charter does look weaker. Bizjet demand in the Middle East is relatively small, but still smashing records.

Business jets in North America flew 3% fewer sectors in November compared to last year. November ranked 8th busiest month this year, which is seasonally normal for pre-covid. The decline in year-on-year monthly traffic was the 3rd successive. Teterboro topped the bizjet departure list in November, activity was 3% above November last year, 1% above November three years ago. Apart from Teterboro, amongst the top 10 airports in the US, only Dallas Love Field was busier this November than last November. Midsize jets saw the largest Year on Year decrease in sectors flown, activity down 12% compared to November 2021, just 1% up on November three years ago. 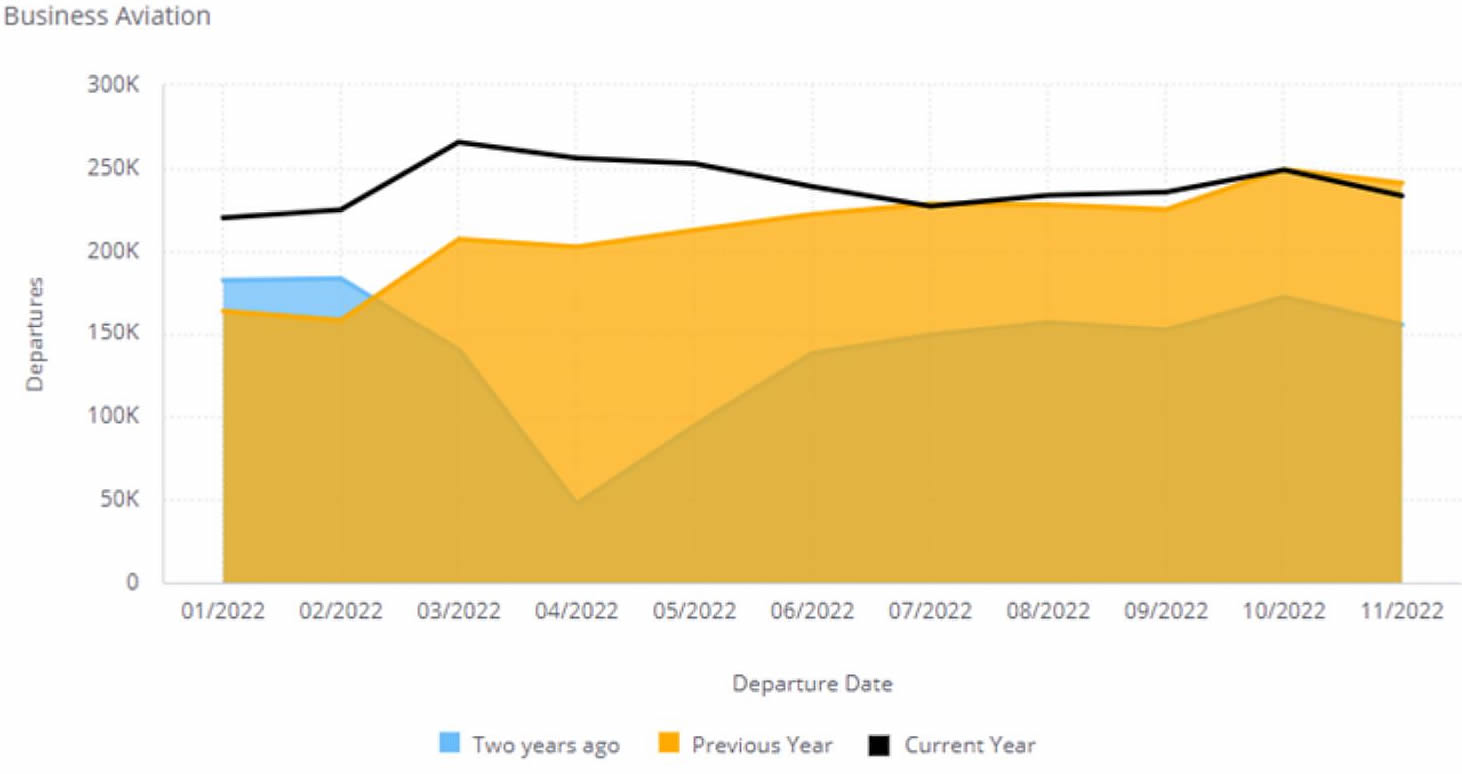 In Week 48, ending 4th December, activity grew 8% compared to week 47. Compared to week 48 in 2021, bizjet departures were down 11%. Between December 1st – 4th there were almost 29,000 bizjet sectors flown in North America, 7% behind last year, 6% behind December 2019. These relatively large declines may be down to year-to-year changes in the dates of the Thanksgiving holidays. The drop in Branded Charter trips does seem unusually large in the first few days of December, 24% fewer sectors than same dates last year, 18% fewer than same dates in 2019. In contrast, Private Flight department activity was up 3% in the first days of December, 5% up on December 2019.

Business jet demand in Europe is unambiguously sagging. For the full month of November, bizjet flights fell 15% compared to November last year, holding up at 7% higher than three years ago. The European area has now seen four consecutive months of decline compared to same months in 2021, with the gap between 2022 and 2019 closing and heading for convergence by early next year. Some countries are already seeing fewer flights than in same period 2019, notably Germany. Conversely, business jet activity in both Sweden and Turkey was up in November 2022 compared to November 2021. 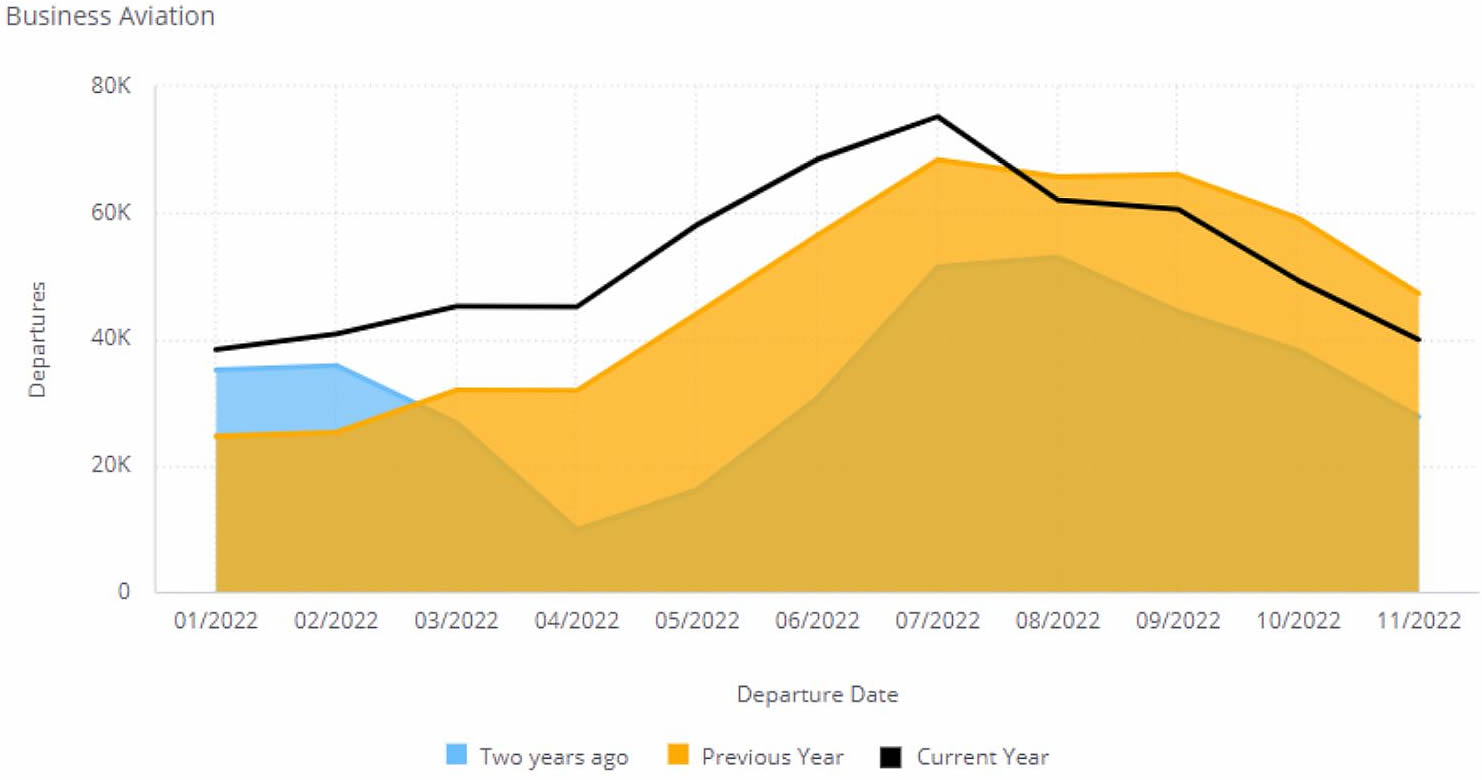 At the airport level, busiest location Le-Bourget is seeing the largest falls in activity, with the first few days of December 28% less busy than December 2021, 11% less than in December 2019. Farnborough and Geneva are seeing fewer departures at the start of this month compared to 2019, even if 2% and 8% above 2021 retrospectively. All bizjet segments have started the month of December with fewer flights than last year. Midsize and Very Light Jets still have double-digit gains on the same period in 2019.

Activity outside of North America and Europe appears to be much stronger, bizjet flights up 22% on November 2021, 61% above three years ago. In the last four weeks bizjet activity in Africa is up 16% compared to last year, Asia up 30%, Middle East up 18%. In the Middle East business jet activity is continuing its record breaking run, boosted by visitors to the FIFA Men’s World Cup in Qatar. Arrivals into the host country are running 258% above last December, almost 450% above three years ago. November was by the far the busiest month for business jets, almost double the number of flights flown in March, the second busiest month. Key World Cup airports OTHH, OTBD, OTBK have seen 279% growth in average daily arrivals during the opening 15 days of the tournament. 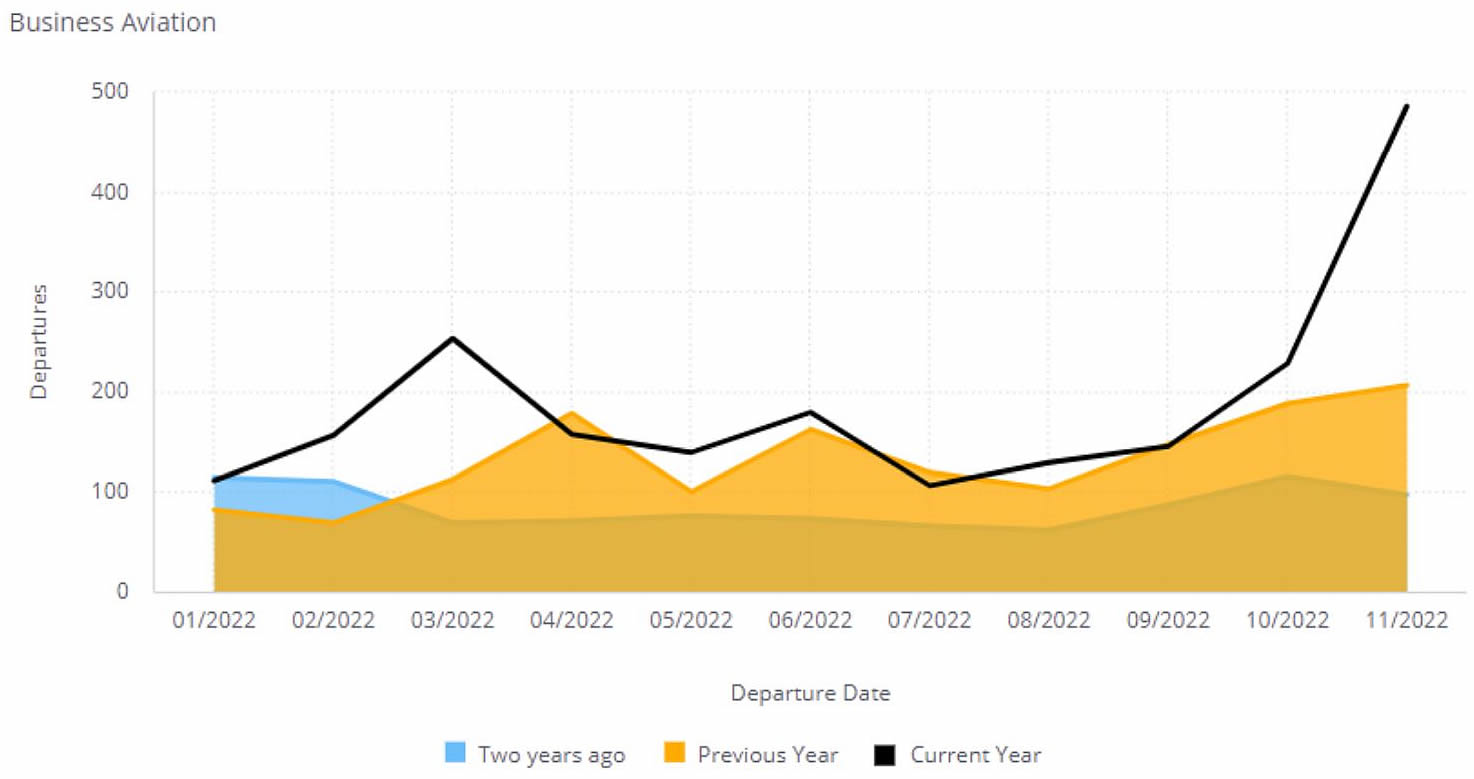 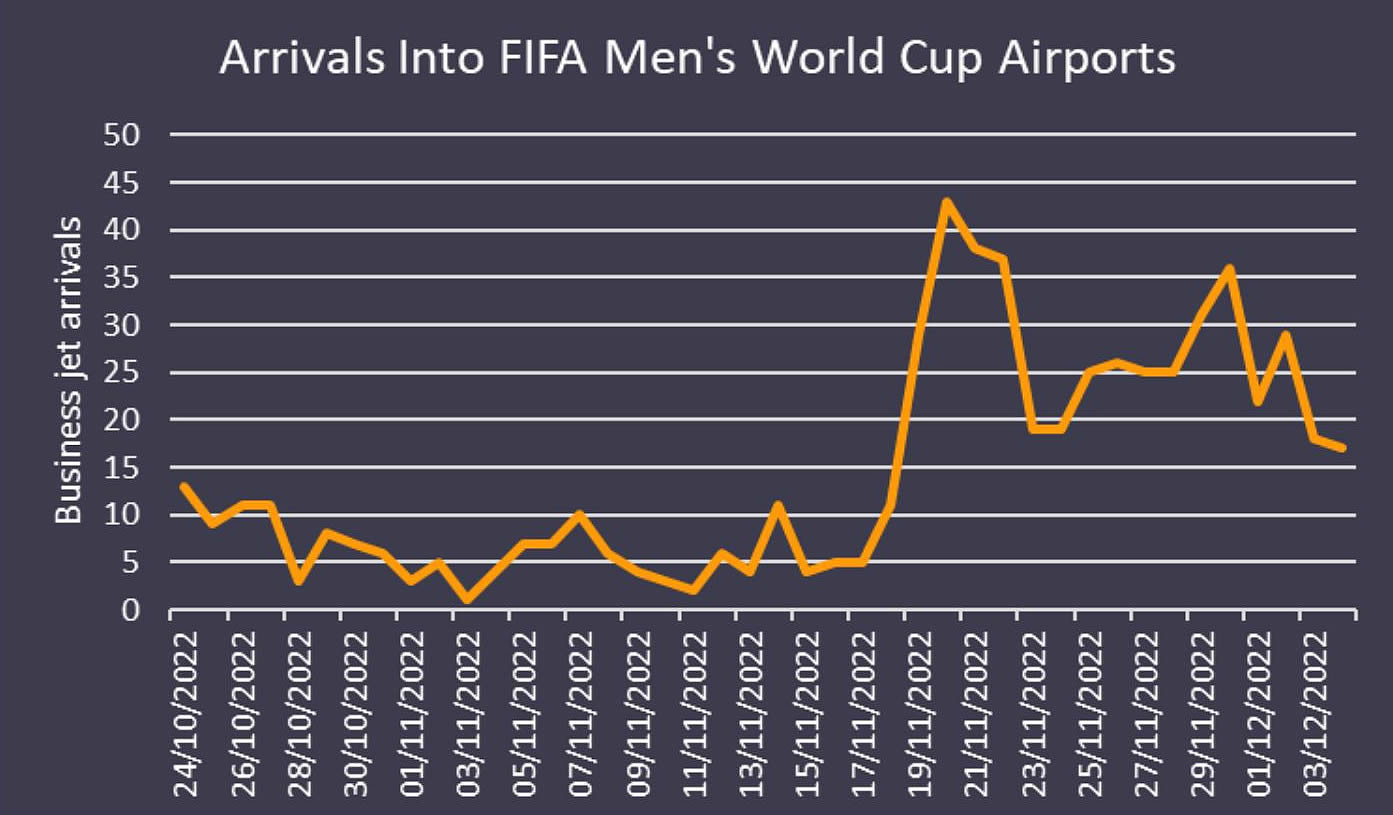