Business jet activity is steadily slipping off post-Covid highs, although it’s likely 2022 will still conclude with a low double-digit gain on 2019. That said, there is now a marked decline in charter activity, suggesting first-time customers may be exiting the market. Europe is still seeing the brunt of the slowdown compared to last year. 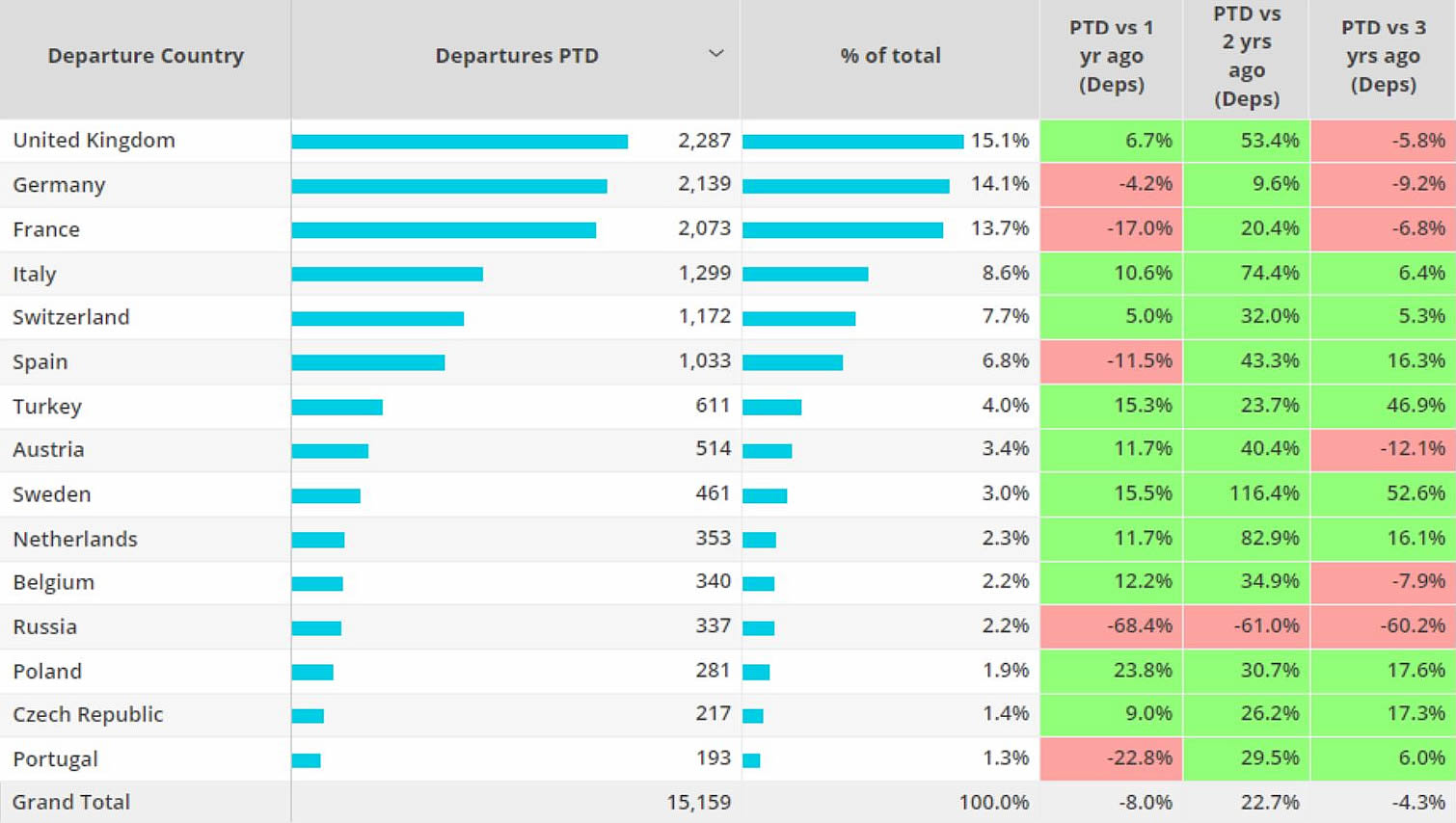 The return of the ski season is apparent with increased bizjet activity into airports near the leading European ski resorts. Sion has seen a notable increase in arrivals, 12% up on last year and almost 40% up on December 2019. Chambery and Samedan are also seeing very fast starts to the season. Other airports have experienced double digit declines compared to December 2019, notably Innsbruck, Bern and Annecy.

Bizjet activity outside of North America and Europe has started December strong, flights are up 16% on 2021, 50% above levels three years ago. In the last four weeks activity in Africa is up 18% compared to 2021, Asia up 28%, South America down 3%. In the Middle East activity is up 20% compared to last year. Business jet demand in Qatar continues to be driven by the FIFA Men’s World Cup. Key World Cup airports OTHH, OTBD, OTBK have seen 291% growth in average daily arrivals during the opening 22 days of the tournament.