In the landmark year that saw the company focus exclusively on designing, building and servicing the world’s best business jets, Bombardier reported increased revenues, a major rise in EBITDA and an increased and more diversified backlog, among other positive indicators. 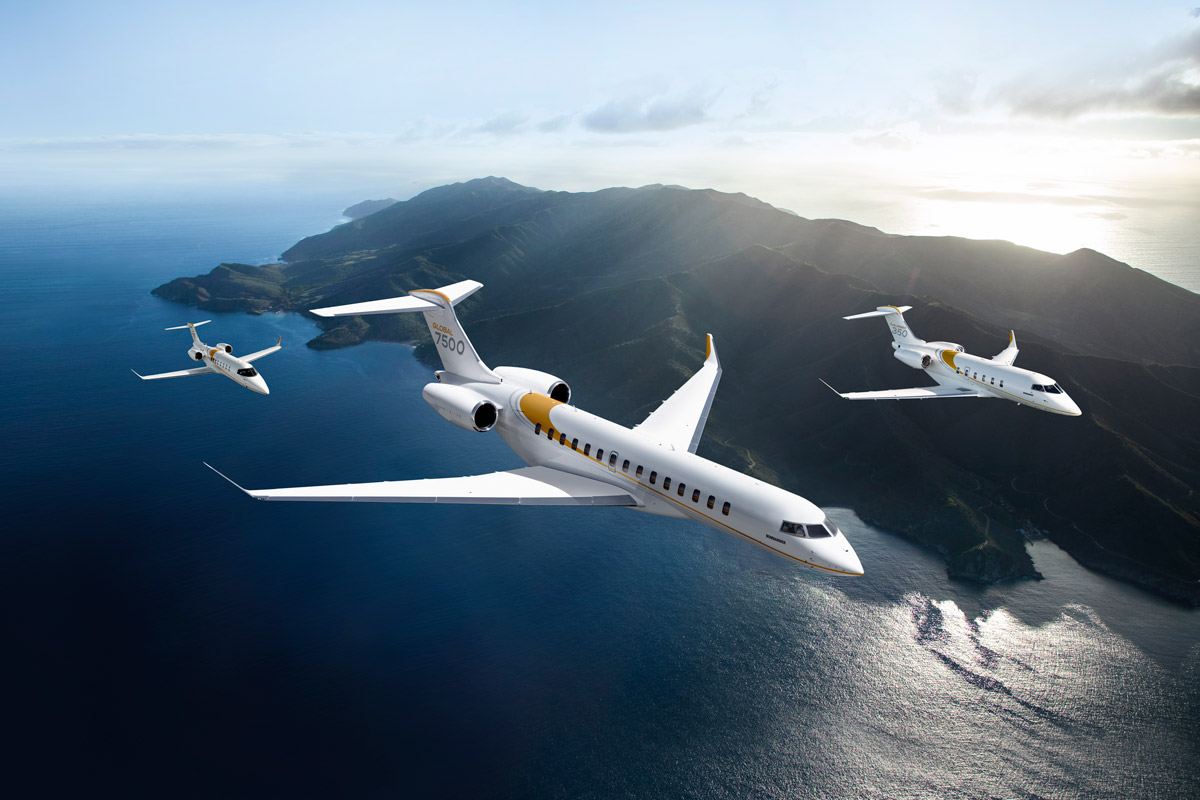 The positive trend is set to continue in 2022.

“The words that best sum up 2021 for Bombardier are planning, execution and prudence,” said Éric Martel, President and Chief Executive Officer, Bombardier. “Today, the word that also comes to mind is pride. Everyone at Bombardier can be proud of what we achieved as we set out to execute the plan we outlined in March 2021. “Overall, the 2021 results are proof that our plan gave us both the structure and the agility to manage any outside obstacles and capitalize on a faster-than-expected industry recovery.”

In the fourth quarter, the company had six fewer deliveries for a total 38 compared to 44 from the same period last year, mainly due to a more evenly distributed delivery profile on the Global 7500 throughout the rest of the year.

Resulting business jet revenues were down $0.5 billion to $1.7 billion.

Adjusted EBITDA increased meaningfully from $(1) million to $232 million, driven by higher margins from business aircraft manufacturing and services, mainly due to accretive margins on the Global 7500, reflecting learning curve improvements and execution of the cost reduction plan.

Business jet revenues for the full year were up 7% year-over-year at $6 billion. This was largely due to higher deliveries, a favorable aircraft mix and strong aftermarket performance at $1.2 billion, up 25% compared to last year.

The company reported a significant adjusted EBITDA increase, which more than tripled to $640 million.

The increase is a result of a better aircraft mix, combined with the progress on the Global 7500 aircraft learning curve, but also the improvements in the cost structure and higher aftermarket contributions. The 2021 reported EBIT is at $241 million.

The 2021 free cash flow generation of $100 million from continuing operations represents an improvement of $2 billion year-over-year, thanks to earnings growth and a strong order intake.

Net additions to PP&E and intangible assets from continuing operations for the full year were $232 million.

Adjusted liquidity stands strong at $2.1 billion, and cash and cash equivalents were $1.7 billion as of December 31, 2021.

The solid 1.53 book-to-bill ratio for the full year led to a $12.2 billion backlog, a $1.5 billion increase from the previous year.

“The increased and more balanced backlog is the result of an increased demand, which, combined with healthy pricing, is giving us the predictability and resilience at exactly the right time,” said Martel.

The company also has a positive outlook in the prospect for the upcoming year, which is reflected in the guidance issued today.

“In 2022, when this exceptional company celebrates its 80th anniversary, we expect to outperform the previous year in key metrics,” emphasized Martel.

“While we still have much to do, we are now on firm ground and can look into the future with optimism.”

Revenues are expected to increase versus 2021 to greater than $6.5 billion, based on a better aircraft delivery mix, secured through a largely sold-out 2022 production, as well as a growth in our aftermarket business as flight hours continue to rise year-over-year and new aftermarket facilities come into service.

Adjusted EBIT is expected to be greater than $375 million.

Free cash flow in 2022 is expected to be greater than $50 million, including one-time payments related to residual value guarantees estimated at approximately $50 million, and net additions to PP&E and intangible assets in the range of $200 million to $300 million.

“Looking ahead, we are positioning ourselves to increase the number of deliveries by another 15-20% as soon as 2023, while maintaining a sharp focus on balancing longer-term production increases with the pricing environment,” added Martel.