Prospects for Business Aviation in Russia in 2021 and Beyond

Based on the latest information, as presented in the table below, it now appears that sixteen business aircraft were imported to Russia and added to the Russian aircraft registries during 2020. And another aircraft has already been added in 2021. One other business aircraft was imported into Russia in the last quarter of 2020 pursuant to the 83-Bis Agreement between Bermuda and Russia.

The aircraft which appear to have been imported and registered in Russia during 2020 appear to be:

The information presented in the table above is extracted from the Russian aircraft registries, operator websites, and business aviation data bases, and is subject to correction as more facts and information become known. See:

As the table indicates, the aircraft imported to Russia during 2020 were previously registered in the United States, on the Isle of Man, in Aruba, in San Marino, in Austria, in Bermuda, in the Cayman Islands, and in the UK. Another aircraft registry that is commonly used by Russian owners is Luxembourg where Global Jet is based.

In addition to aircraft imported to Russia, an unknown number more business aircraft were acquired by Russian individuals and corporations and registered outside of Russia for private and commercial use in 2020. High net worth Russians and Russian corporations are significant users of business aviation and have, historically, preferred to register and operate their aircraft from bases outside of Russia. This practice generates significant business for European aircraft operators and banks. Knowledgeable observers estimate a total of approximately 500 business aircraft have been bought and sold by Russian beneficial owners in recent years to arrive at a current number of approximately 200 business aircraft that are estimated currently to be beneficially owned by Russians and registered outside of Russia. 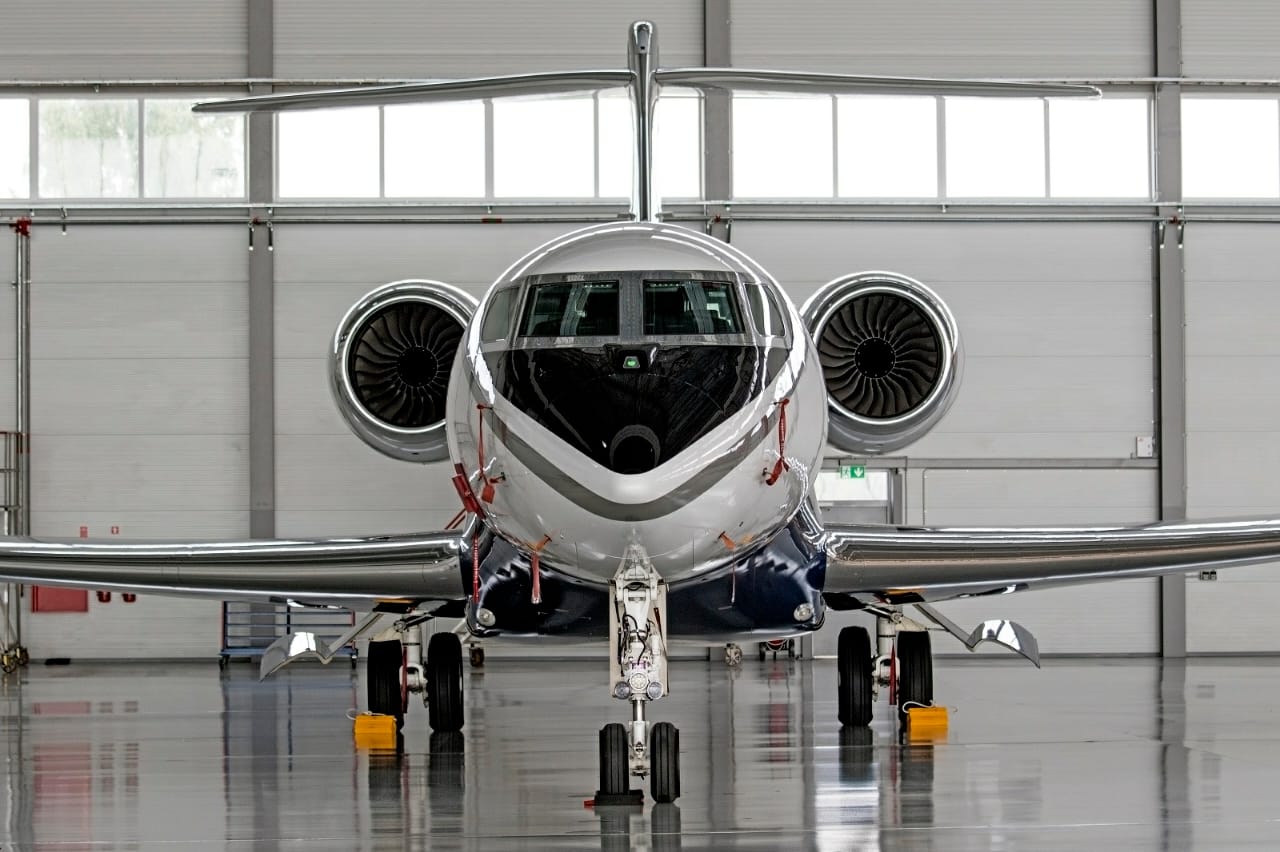 In September 2020, Vnukovo-3 published information that the number of flights served in Vnukovo-3 in August increased by 33% as compared to 2019. See: http://www.vnukovo.ru/en/press/news/the-number-of-flights-served-in-vnukovo-3-in-august-increased-by-33/

The charter business within Russia has benefited from the pandemic. There was much higher charter demand in the summer and fall of 2020 than projected, and many domestic flights were for first-time customers who were new to business jets. Such customers had previously flown business class but have turned to chartering business jets for their business trips and for their families because of the pandemic. Russian pilots were flying more than twice as much as the projected number of flight hours per month – up to the maximum 90 hours per month permitted by regulations.

This level of growth in demand for business aviation flights, based on the partial information available regarding only the first two thirds of 2020, suggests that year-end results, once they become known in early 2021, will show that there are now compelling arguments for Russian and Western operators to import more business aircraft into Russia.

In addition to the growth of the commercial use of business jets in Russia during 2020, industry participants know of other pending purchases of new, high-end aircraft by Russian corporations, aircraft that are under construction and will be delivered in 2021 and 2022.

How May the Opportunities Be Seized

Commercial operators and large Russian corporations will continue to import aircraft to Russia, and to renew and update their fleets, justifying a greater presence by aircraft brokers and financiers in Russia, or, at least, a willingness to finance aircraft based there.

The importation of more aircraft to be used in commercial aviation within Russia will require investment by shareholders and equipment financing from banks and leasing companies. Some operators are searching for special purpose aircraft, such as aircraft equipped for medical evacuation. The import of many aircraft to Russia will cause investments to be made in facilities to conduct their maintenance within Russia.

There is an opportunity for Western operators to form joint ventures with Russians who control Russian AOCs and to place aircraft on to such Russian AOCs. Russian citizens must retain majority ownership of Russian AOCs. If a Western partner does not want to own a stake in a Russian AOC holder, business may be conducted based on arm's length contractual relations.

With regard to possible Western financing of aircraft to be operated commercially or by corporations within Russia, one option would be a joint venture between a Western aircraft finance company and a Russian bank or leasing company. The Russian partner company would be responsible for the import process, overseeing maintenance and enforcing loan and lease agreements under Russian law and through the Russian legal system as needs arise.

High-net-worth Russians prefer not to import their aircraft into Russia, but to finance and register them outside of Russia. This preference will continue to create business for Western banks and operators.

Political risk factors and the possible expansion of sanctions are challenges. One development is that certain notable figures in Russian business aviation are electing not to participate in Western business aviation conferences, but to keep a low profile apparently due to the current political environment. There is increased tension between Russia and the West due to events surrounding Alexey Navalny, the probability that the Biden Administration will impose more sanctions after a pending report is completed on Russia's reported use of a chemical weapons, and pending sanctions that may be placed on certain Russian individuals in governmental circles. In this environment, it is likely that high net worth Russians will continue to prefer to register their aircraft in Western aircraft registries, without direct attribution of the aircraft to their beneficial owners.

How Will Russian Business Aviation Look in Five Years?

Political risks are reduced due to some compromise being found between Russia and Ukraine, which would facilitate the reduction of Ukraine-related sanctions. Some compromise is found as regards concerns about chemical weapons which would allow related sanctions to be reduced. Some compromise is found in Russian society, allowing a new period of optimism about Russia to commence. In such an improved environment, there would likely be significantly more investment in the development of commercial and private business aviation in Russia because a number of significant, well-financed operators of business aircraft in Russia are currently subject to sanctions and could expand their businesses if relieved of sanctions.

The foregoing compromises are not found, and wealthy Russians feel at risk. This would lead to continuation of the existing business as usual and Russian-owned aircraft would predominantly continue to be financed and registered in Europe pursuant to the same legal structures as now.

In either scenario, there are good business cases for many more aircraft to be placed in Russia for commercial and corporate use within Russia and the other countries of the Eurasian Union.

More technical issues, involving the legal structures used to own and finance aircraft for Russian owners in the current environment, and related VAT and other tax planning for use of aircraft registered in Europe, are of much less importance than political risks for predicting the development of business aviation in Russia.

There is much work to be done over the next five years in transactions by Russians to acquire more aircraft for use in Russia, and in the foreseeable replacement and expansion of the more than 300 aircraft that are currently understood to be owned and operated by Russians, either in Russia or outside of Russia. There is the potential for Western operators to place aircraft in Russia for domestic commercial use. There is much potential for global banks and aircraft finance companies to become engaged in financing the growth of business aviation in Russia, an industry that is currently growing at a rapid pace.

By: Derek A. Bloom