In the presence of His Highness Sheikh Ahmed bin Saeed Al Maktoum, President of the Dubai Civil Aviation Authority, Chairman and Chief Executive of Emirates Airlines and Group and Chairman of Dubai Airports; Comlux, one of the leaders in business aviation, transaction and completion services, announced the signing of an agreement with Mohammed Bin Rashid Aerospace Hub, the aerospace platform of Dubai dedicated to the advancement of the aviation industry, to develop a  hangar facility at MBRAH that spreads across 12,000 square meters of land. 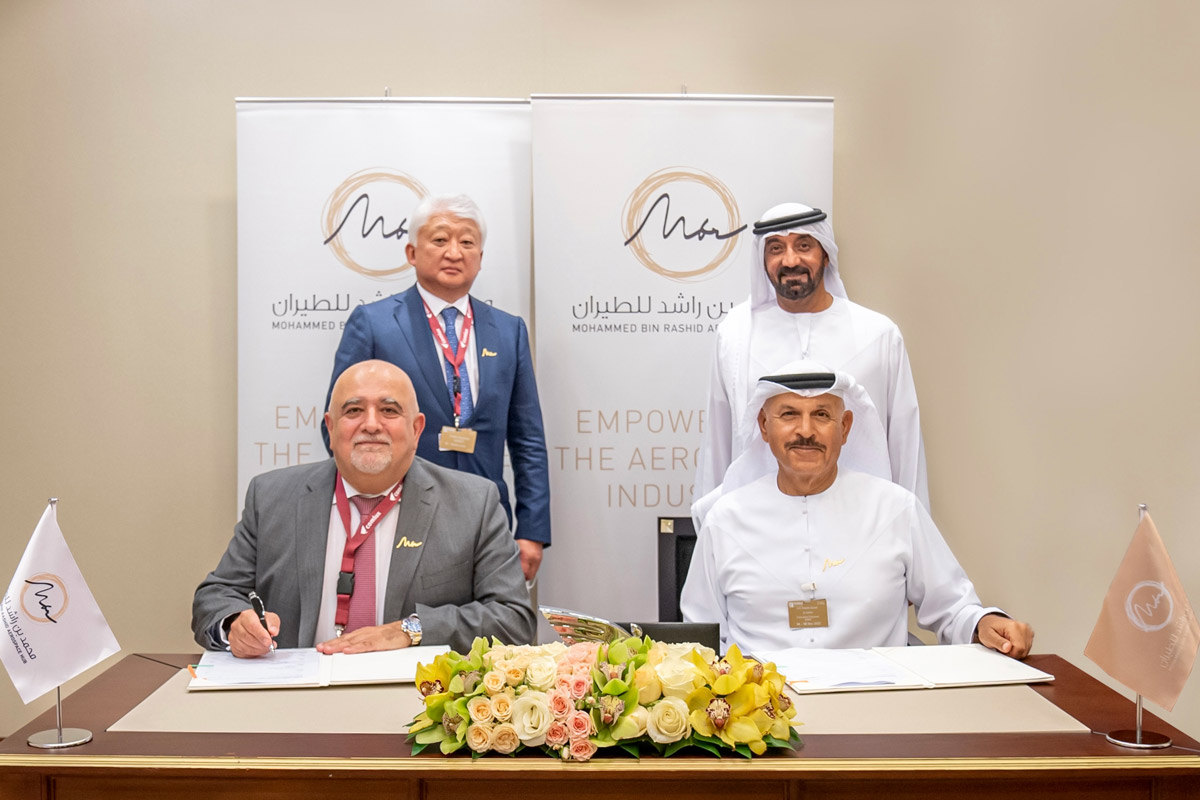 The facility is equipped to simultaneously accommodate two ACJ and BBJ family aircraft types, including the future ACJ TwoTwenty. By mid-2023, the hangar will be fully operational, and Comlux will provide its Middle East customers with EASA Part 145- and UAE Part 145-approved maintenance services and cabin upgrade as well as refurbishment quality works on their VIP aircraft.

In his comments, HE Khalifa Al Zaffin, Executive Chairman of Dubai Aviation Corporation, said: “We are thrilled to be welcoming Comlux to the Mohammed Bin Rashid Aerospace Hub. Its market positioning will expand our service capabilities and bring in new businesses, consolidating our global position as the preferred choice for industry players seeking to operate in an integrated, economic environment, where they can connect with international markets.”

Richard Gaona, Executive Chairman and CEO of Comlux, said: “We are pleased with this new milestone for the development of Comlux in the Middle East; MBRAH’s organization at DWC airport is providing us with the ideal location for our expansion in the immediate future. Our goal is to provide our Middle East customers with convenient, high-quality and cost-efficient solutions for their VIP cabin changes and upgrades at DWC during their stay in Dubai or during maintenance grounding time.”

Comlux Tech organization is in charge of the project with the Comlux Group. It aims to further develop the synergies between Comlux Aviation operations and Comlux Completion know-how in VIP cabin engineering and craftmanship towards better serving the bizliners fleets and, in particular, the ACJ TwoTwenty, which will enter in service by early 2023.

MBRAH offers global aerospace players high-level connectivity and is a free-zone destination for the world’s leading airlines, private jet companies, and associated industries. Located in and developed by Dubai South, MBRAH is also home to maintenance centers and training and education campuses. It seeks to strengthen engineering industries to foster the emirate’s vision of becoming a leading aviation hub.