On reflection, 2022 has been a challenging year, however charter demand is up and Global Jet expects steady growth in the management segment as new buyers enter the market in search of transparency and service. 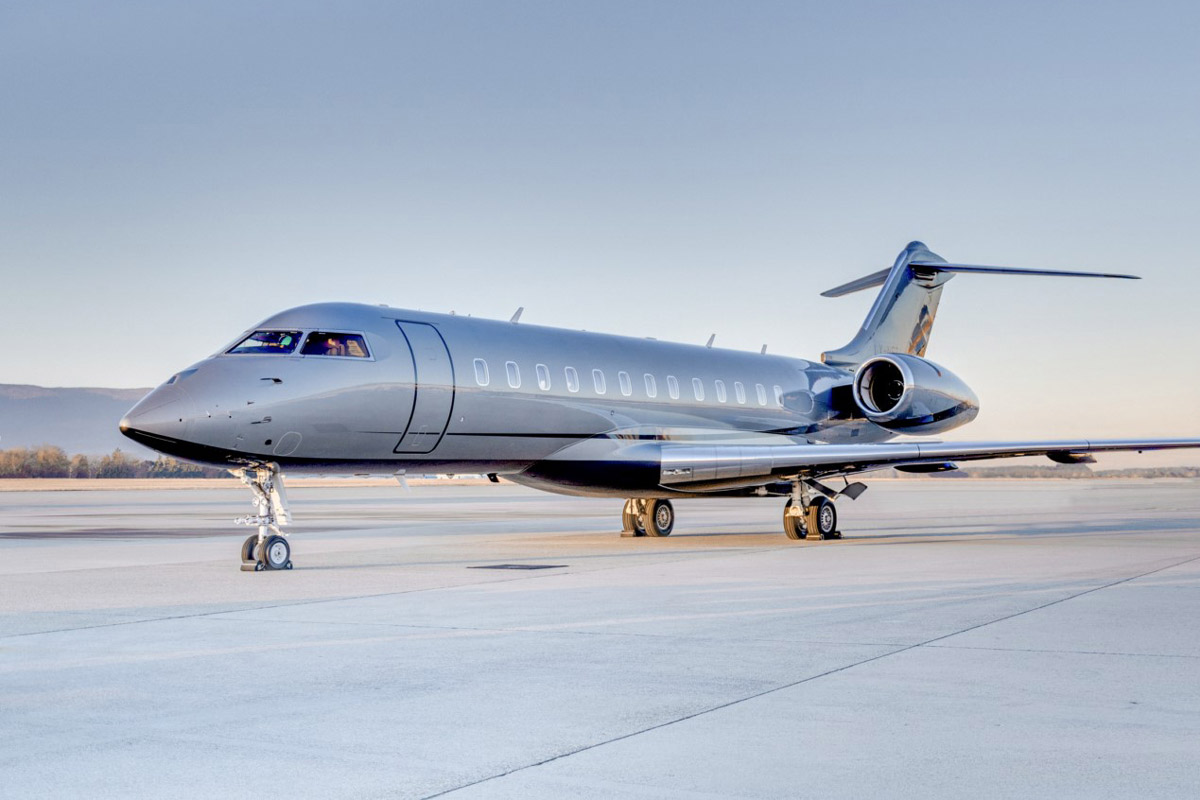 After an encouraging first half of 2022, Switzerland-headquartered private jet operator Global Jet continues its growth over the second half with a 13 per cent increase in the number of charter flight bookings compared to 2021.

Travellers who tended to fly first class on commercial airlines have now gradually shifted to flying private, the company says. A recent Honeywell survey showed approximately 74 per cent of these new market entrants are planning to continue flying privately during 2023, at the same level as they did in 2022. This segment has particularly enjoyed the flexibility, speed and destinations on offer within the small cabin jets category.

Global Jet has further expanded its charter fleet with more diversified aircraft types. In the last few months it has added five new aircraft; two Global 6000s, a PC24, a Boeing 737-700 and a Phenom 300. One of the Global 6000s is divided into three cabin zones and has special features for entertainment enthusiasts such as Bluetooth, Airplay, Chromecast and HDMI direct. It is also equipped with three iPads, Amazon prime and Netflix subscriptions already preloaded. The second Global 6000 is configured for 14 passengers. The forward cabin offers a club suite with four ergonomic executive seats plus a four seat meeting and dining area opposite a single seat. The aft cabin has a three place divan opposite a two seat club. A dedicated crew area at the front of the aircraft gives passengers privacy during long haul flights.

A 2020 Pilatus PC24 based at Andorra - Seu D'Urgell airport in Spain, close to the principality of Andorra should boost the Spanish market. The eight passenger charter aircraft, to be kept in a dedicated hangar equipped with solar panels, is capable of landing on rough and short runways.

The Falcon 8X is the first aircraft equipped with EASy IV avionics. The technical upgrade was completed in mid-November 2022, and these new and improved features increase safety for passengers and make navigation easier above the ground. It also improves operational safety, enhances situational awareness and streamlines aircraft operations.

As the winter holiday season begins, Global Jet has noticed a certain trend in client destinations; the top five being the Seychelles, St-Moritz, Courchevel, the Maldives and the Caribbean.

Its aircraft sales and acquisitions service is ending the year in a flurry of activity with the majority of transactions successfully completed off market. This is a segment in which Global Jet has built a reputation for performance both in terms of concluding transactions and also achieving high prices on behalf of owners.

Thanks to ongoing strong demand from the US market for second-hand aircraft, the company has managed to complete numerous transactions of long range and wide-body aircraft from Airbus, Boeing, Bombardier, Gulfstream and Dassault. Many of the deals concluded this year have been referrals from existing clients and partners around the world. Aircraft types ranged widely, whereas for the past decade the company has predominantly concentrated on selling and buying long range aircraft. The team recently concluded a Pilatus 24 transaction as well as a Citation CJ3, and then on the opposite side of the spectrum, a stunning VIP commercial aircraft on behalf of a European buyer.

Overall, demand has remained strong throughout the year, and a number of clients even managed to realise gains by selling for more than they paid a few years ago. Global Jet has not seen this type of market for a while and it is unlikely the trend will continue. However, in the short term it expects positive demand from the pre-owned segment since interest to acquire new is at its highest levels, but manufacturers are quoting deliveries times of two to three years. Production levels have increased but they are struggling to source qualified labour and are experiencing continued supply chain issues.

On reflection, 2022 has been a challenging year, however Global Jet expects steady growth in this market segment as new buyers enter the market in search of the highest levels of transparency and service.

July 2022 also marked another milestone for the management team having obtained an internal Part 145 agreement. The process of being licensed for Part 145 is intensive, and following six months of auditing, the company is especially pleased to have this capability. Global Jet is one of the only companies to have this certification without any hangar. This means it can perform line maintenance; according to EASA Part 145, AMC 145.A.10, line maintenance is 'any maintenance that is carried out before flight to ensure that the aircraft is fit for the intended flight'. This will increase flexibility, enhance all maintenance processes, gain speed and will allow new pilot trainings on some simple and basic tasks.

After having previously obtained temporary dangerous goods approval and after continuous audit, the operator has now obtained a permanent dangerous goods approval for its Boeing 737. It is now also allowed to carry cargo on all its Aruban aircraft. And internally, Global Jet has been active in developing and implementing the latest centralised software across different departments in order to gain efficiency, proactivity, speed, reduce mistakes and be completely paperless.